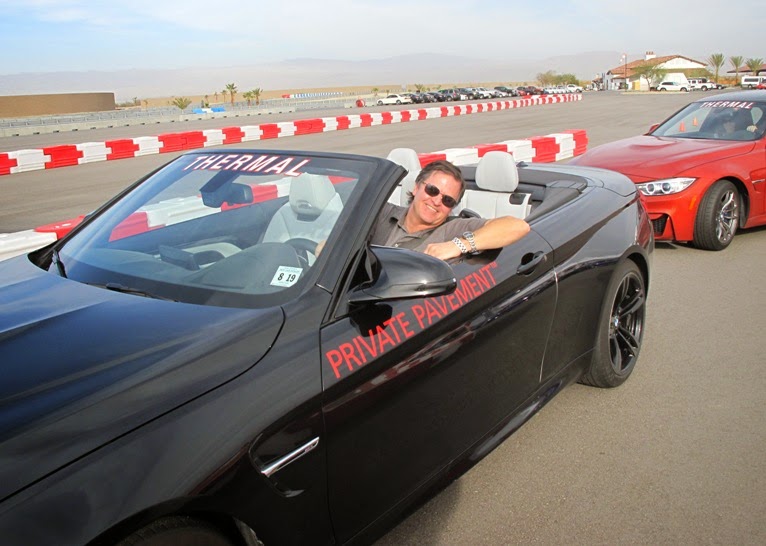 BMW has a new Performance Center West located near La Quinta, California, that offers the full complement of driver training courses similar to the BMW Performance center at the Spartanburg factory in South Carolina which opened in 1999 and has hosted nearly 130,000 drivers. The BMW performance driver training facility occupies 32 acres on the grounds of the The Thermal Club, a private motorsports club that is selling large "garage villas" for car racing enthusiasts who want quick access to 5.5 miles of road racing circuits. When finished, the BMW Performance Center West will have a dedicated 1.4 mile road course, 6.2 acres of paddock, a skid pad and an 8,500 square foot Performance Facility. BMW launched driver training in Germany in 1977.

I challenged the BMW M3 and M4 (above) with acceleration, cornering and braking through a coned autocross course clocking times around 35 seconds per lap.

The J.D. Power 2015 U.S. Vehicle Dependability Study finds that bluetooth connectivity and voice recognition issues are the most frequently reported problems after three years of ownership. The study examines problems experienced during the past 12 months by original owners of 2012 model-year vehicles. Overall dependability is determined by the number of problems experienced per 100 vehicles (PP100), with a lower score reflecting higher quality. The study covers 177 specific problem symptoms grouped into eight major vehicle categories. 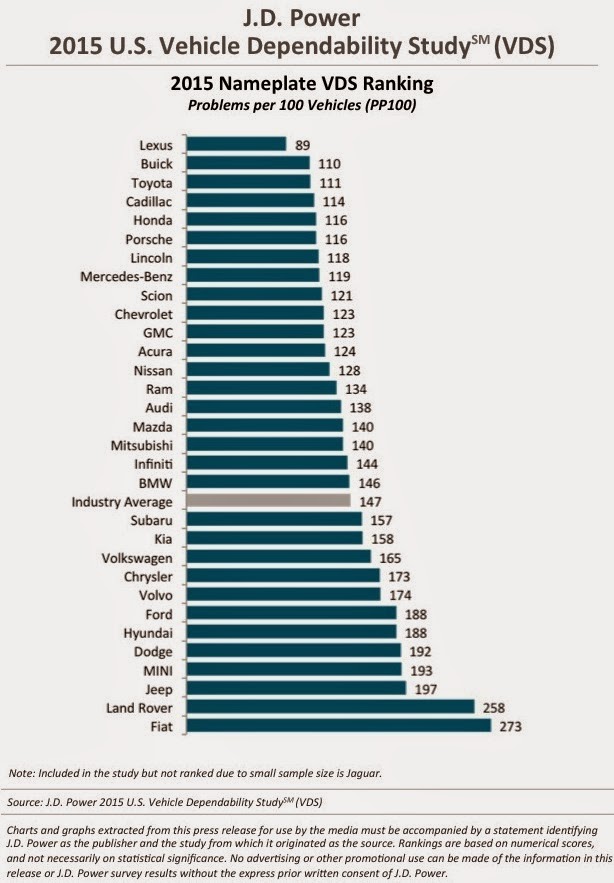 McLaren 675LT Will Debut In Geneva Next Week

Consumer Reports Top 10 vehicles for 2015 must rank at or near the top of its class overall performance road-test score, an average or better predicted reliability rating, based on problems reported by subscribers who rated 1.1 million vehicles in Consumer Reports’ latest Annual Auto Survey and must perform effectively if included in crash or rollover tests conducted by the government or insurance industry. 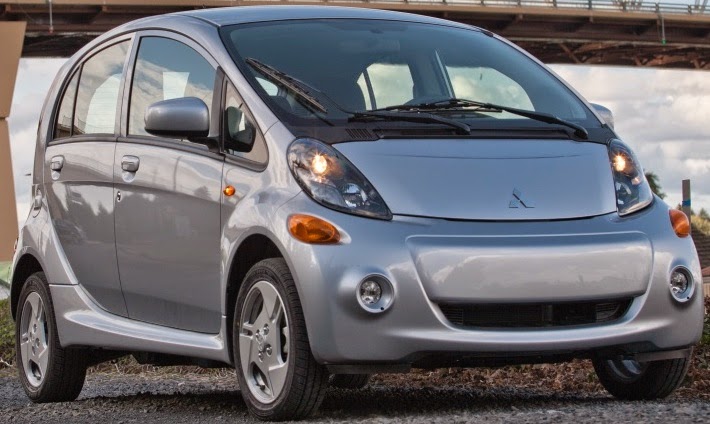 The 2016 Mitsubishi i-MiEV electric vehicle will arrive across the United States in late March with a starting MSRP of $22,995 (excluding destination/handling, tax, title, license etc.) and after a Federal tax credit of $7,500, the net starting MSRP is $15,495 (taxpayer must incur federal tax liability to receive full benefit).

Infiniti QX30 Concept crossover with carbon fiber in the lower cladding and roofbar supports, will have its world premiere at the 2015 Geneva International Motor Show next week.
Posted by Rich Saxton at 2:00 PM

The Mercedes-Maybach 600 S Pullman, Mercedes-Maybach's second model, is 21.3 feet long, 3.5 feet longer than the Mercedes-Maybach S-Class and powered by a 523 horsepower V12 biturbo engine. The owner and VIP guests are seated in the direction of travel on two executive seats which are part of the standard specification while other passengers can sit on the fold-down seats facing backwards. If specifically requested, the Pullman can also be delivered in an exclusive version without the additional seats. The price for unarmoured models start at around $566,922.
Posted by Rich Saxton at 1:52 PM

The new Lotus Evora 400, almost 50 pounds lighter and faster than the previous model, gets a new supercharged and charge-cooled mid-mounted 400 horsepower 3.5-litre V6 engine producing 302 ft. lbs. of torque with 0-60 mph acceleration of 4.1 seconds to a maximum speed of 186 mph. The new Lotus Evora 400 will enter production for European markets this summer with deliveries starting in August. North American markets will receive the 2016 Evora 400 in the Fall. 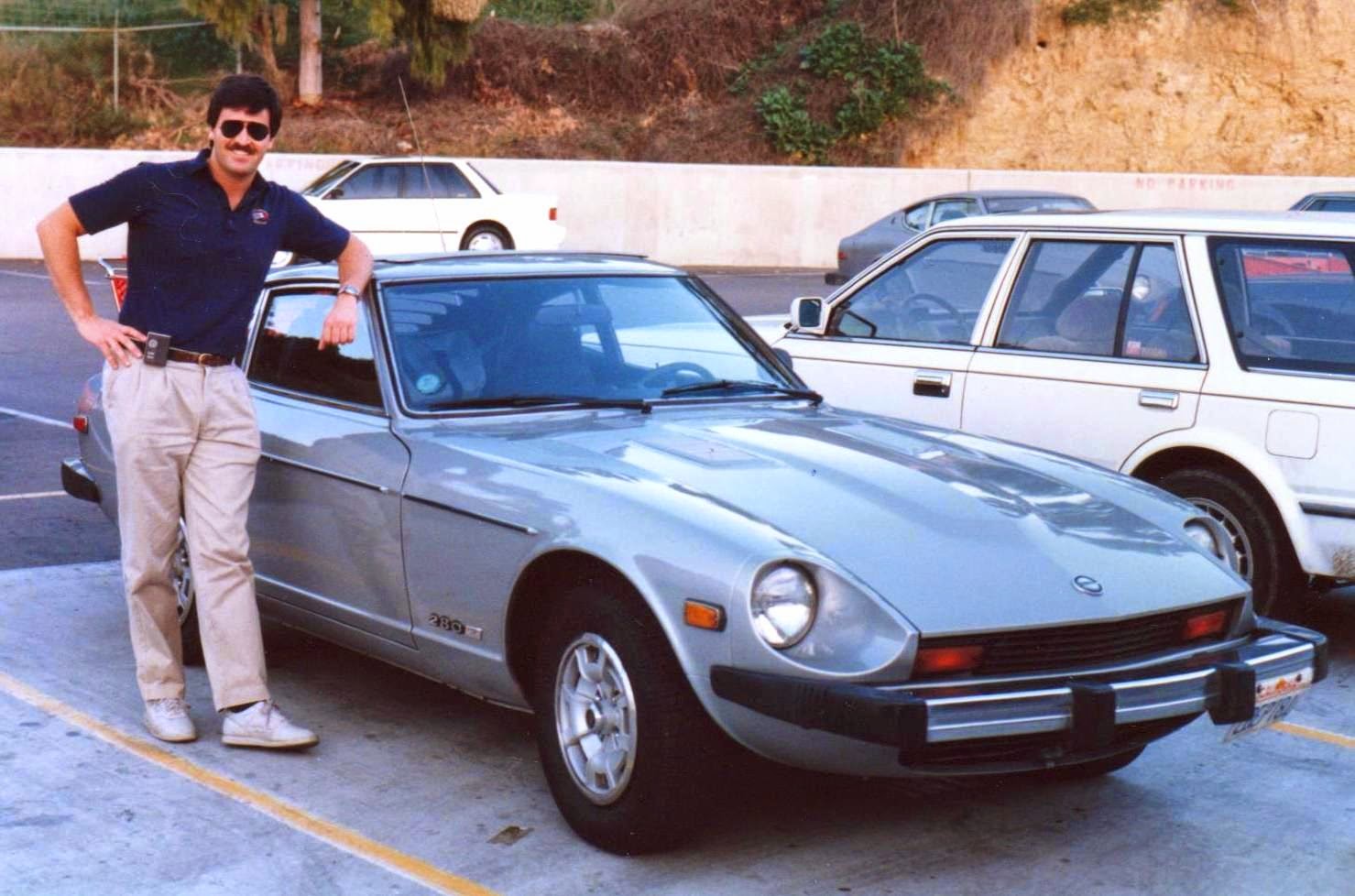 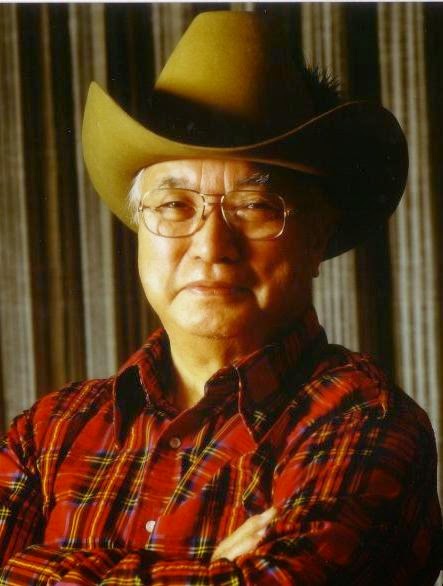 The father of the Datsun Z, Yutaka Katayama - Mr. ‘K’ - passed away on Feb. 20 at the age of 105. Katayama joined the company in 1935, built the Datsun brand from scratch, ran Nissan’s U.S. operations in the 1970s and retired from Nissan in 1977. I had my 1978 Datsun 280Z (above) for 10 years and that car generated lifelong relationships, stories and speeding tickets.

Mr. K (left) made one of the first color films of a Datsun on Japanese roads and later filmed motor sport races across the globe. He was a victorious team manager as two Datsun 210s were entered in a grueling rally circumnavigating the Australian continent catapulting the brand into worldwide renown and setting the stage for Datsun exports. He put together the key concepts for the Z-car and was inducted into the American Automotive Hall of Fame in 1998.

2016 Toyota Avalon with V6 power is refreshed for its fourth-generation providing a choice of XLE, XLE Plus, XLE Premium, Limited and Touring trim levels. Hybrid customers can choose from three separate grades, adding luxury features and technology options as they move up from XLE Plus to XLE Premium and Limited grades. One retuned suspension prioritizes a comfortable ride for the XLE through Limited grades and the other, provides a more dynamic and responsive driving experience for the Touring grade. The 2016 Toyota Avalon will go on sale later this Fall.
Posted by Rich Saxton at 3:04 PM 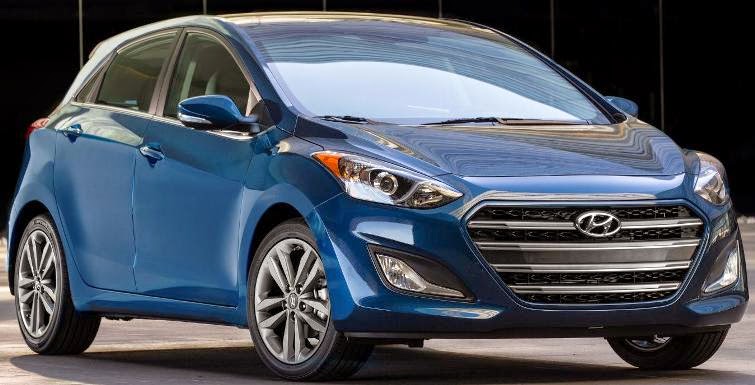 The 2016 Hyundai Elantra GT, with updated styling and customer-focused technology, comes standard with a 173 horsepower 2.0-liter Nu engine mated to the choice of either a 6-speed manual or 6-speed automatic transmission with SHIFTRONIC® manual shift control and delivers an EPA-estimated fuel economy rating of 24 mpg city/33 mpg highway/27 mpg. 2016 Elantra GT pricing will start at just $19,625 (including $825 freight charge), and will be available in dealerships starting this March. 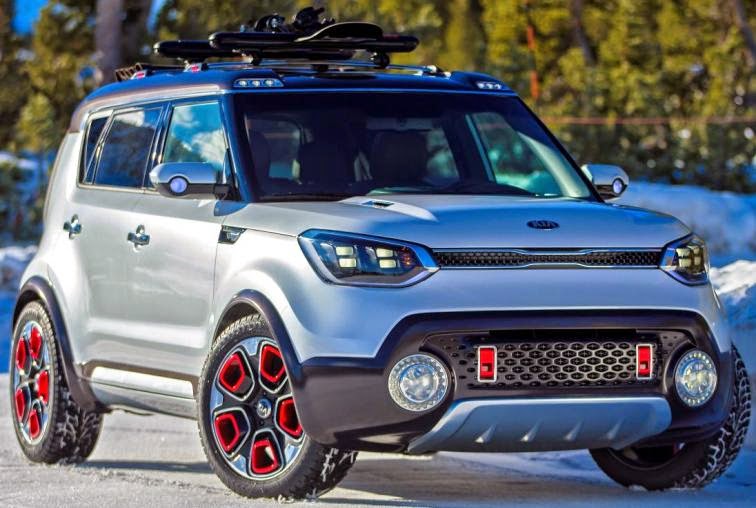 Kia Trail’ster e-AWD concept, based on the Soul urban passenger vehicle, is primarily powered by a 185 horsepower 1.6-liter turbocharged 4-cylinder engine mated to a six-speed automatic transmission and matched to an electric all-wheel-drive system with a 1.2 kWh Lithium Ion Polymer battery powering a 27 kW, 270 volt AC synchronous permanent magnet electric motor outputting 35 horsepower and 100 pound-feet of torque to the rear wheels and bringing total output to 220 horsepower and 285 pound-feet of torque.
Posted by Rich Saxton at 12:38 AM 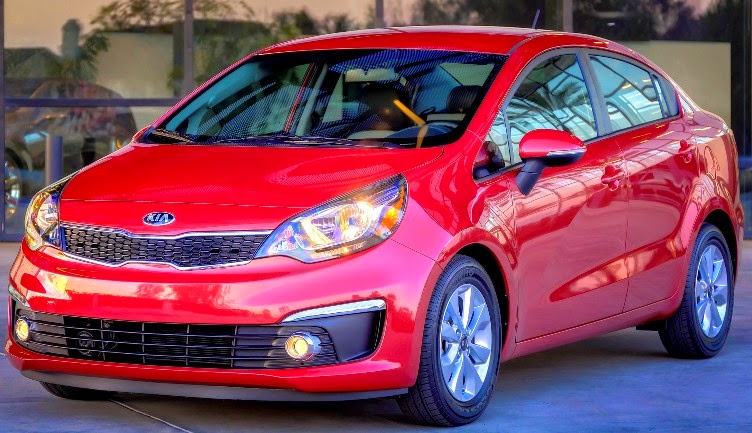 The 2016 Kia Rio Sedan with new front and rear fascias comes in LX, EX, SX  trim levels and is powered by a 138 horsepower 1.6-liter normally aspirated inline-four cylinder engine mate to a six-speed manual transmission on the sedan and a six-speed automatic on the 5-Door.  The six-speed manual is no longer offered in the Rio 5-Door.  Both Sedan and 5-Door are expected to go on sale in the first quarter. 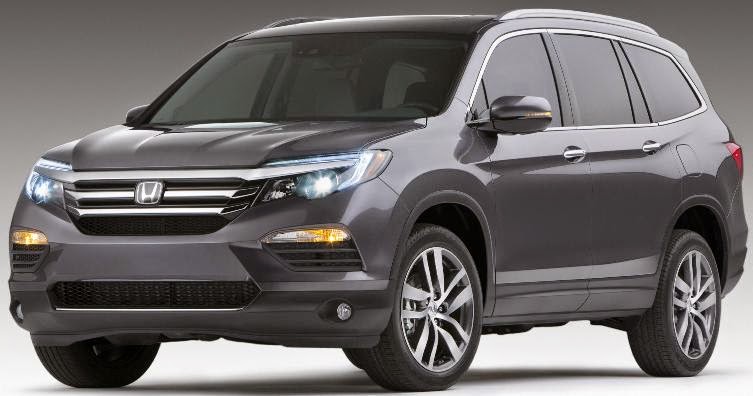 The all-new 2016 Honda Pilot SUV, reengineered and redesigned with a new 3.5-liter, direct-injected i-VTEC® V-6 engine with Variable Cylinder Management™ cylinder deactivation technology and available Idle Stop technology that shuts off the engine when the vehicle is stopped. The engine is mated to either a 6-speed automatic transmission, or on upper trims, a 9-speed automatic transmission. Pilot will be available in front-wheel and all-wheel-drive configurations and will feature a completely new Honda all-wheel-drive system. The all-new 2016 Pilot, launching at Honda dealerships nationwide this summer, is the third generation of Honda's three-row midsize SUV. 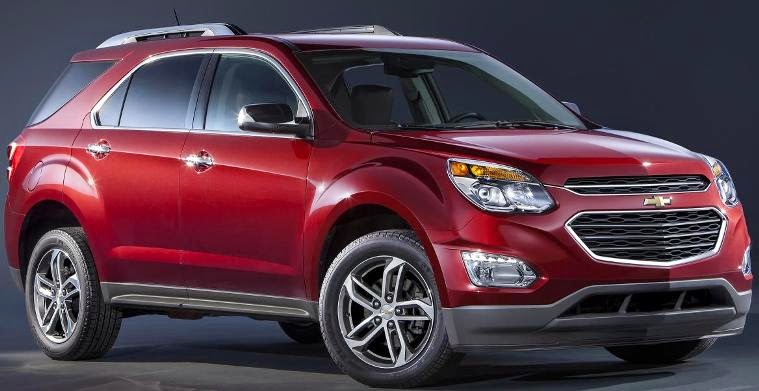 The 2016 Chevrolet Equinox with seating for five and all-wheel drive offered on LS, LT and LTZ models gets new styling with premium accents, new wheel designs and new available safety features, as well as a larger color touchscreen radio and a standard rear-vision camera for entry-level models and goes on sale this Fall. The standard Ecotec 2.4L direct-injected engine delivers an EPA-estimated 32 mpg on the highway (FWD models). A 301 horsepower direct-injected 3.6L V-6 is available with LT and LTZ models with a trailering capacity of up to 3,500 pounds. 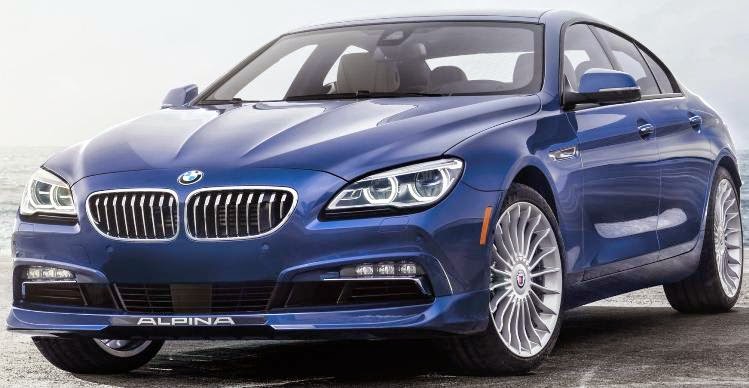 2016 Nissan Maxima In Super Bowl Ad To Debut In April

Next-generation 2016 Nissan Maxima sports sedan that made a cameo appearance at the end of the  "With Dad" Super Bowl XLIX commercial will make its official world debut at the New York International Auto Show in April. The Maxima adds the V-motion front end and "floating" roof introduced on the 2015 Nissan Murano crossover. The Maxima has come along way from my boxy 1986 Maxima that served me well for many years. 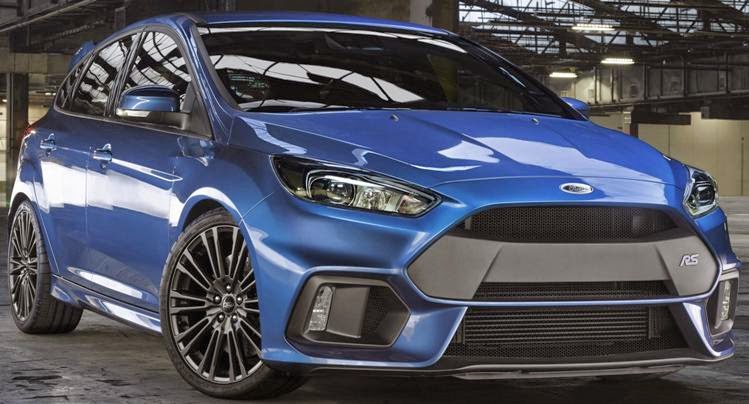 The all-new third generation high-performance Ford Focus RS will have an all-wheel drive system with Dynamic Torque Vectoring Control based on twin electronically controlled clutch packs on each side of the rear drive unit and powered by a new all-aluminum 315-plus horsepower 2.3-liter EcoBoost® engine mated to a six speed manual transmission. Increased output is generated by a new low-inertia twin-scroll turbocharger with larger compressor that delivers significantly greater airflow, along with a much bigger intercooler to maximize charge density. The all-new Focus RS will be sold around the world, including the United States, and produced for all markets at Ford’s Saarlouis, Germany, manufacturing plant beginning late this year.

The Porsche Cayman GT4, based on the Cayman with components of the 911 GT3, is powered by a 385 horsepower 3.8-liter flat-six engine derived from the 911 Carrera S engine mated to a six-speed manual transmission with a zero to 60 mph acceleration of 4.2 seconds and a top track speed of 183 mph. Available options include the Porsche Ceramic Composite Brake (PCCB) system, full bucket seats made of carbon fiber composite, and a custom Sport Chrono Package featuring a Track Precision app. The Porsche Cayman GT4 celebrates its world premiere in early March at the Geneva International Auto Show and will arrive at U.S. dealers in July. The starting MSRP for the Cayman GT4 is $85,595 (including destination charge of $995). 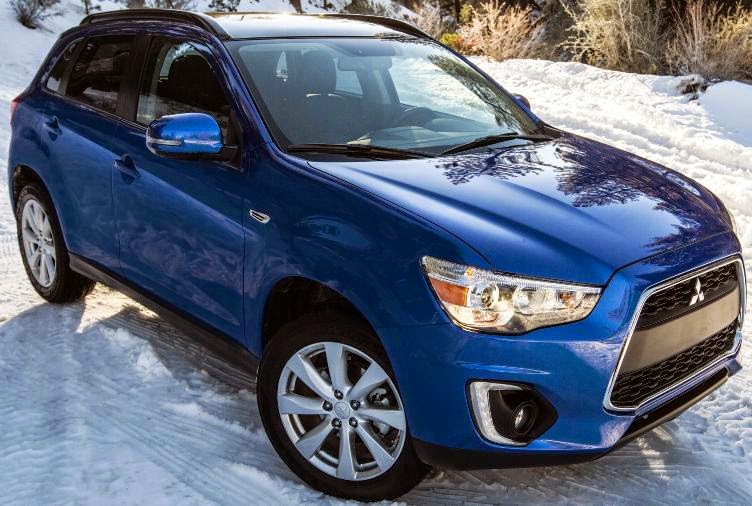 General Motors dealers in the United States delivered 202,786 vehicles last month, up 18 percent compared to a year ago, for the best January sales in seven years. Retail sales were up 14 percent and fleet deliveries were up 32 percent.

American Honda reported a new January record on Honda and Acura vehicle sales of 102,184, an increase of 11.5 percent versus January 2014. The Honda brand set a January record of 90,202 vehicles, up 11.6 percent for the month. Acura posted sales of 11,982 in January, increasing 10.7 percent over the same period last year.

Hyundai Motor America reported its best January in company history, selling 44,505 for the month, up one percent versus the same period last year. This is the seventh consecutive year of increased sales during the month of January.

Subaru of America reported 40,812 vehicle sales for January 2015, a 24 percent increase over January 2014. These results continue the company’s sales momentum from 2014 where Subaru achieved six consecutive years of record sales and exceeded 500,000 annual sales – a first in company history.

Volkswagen of America reported sales of 23,504 units delivered in January 2015. Separately, Audi reported that its January 2015 sales increased 14.3 percent to 11,541 vehicles, a total that stands as the 49th consecutive month of record U.S. sales for the premium brand.

Mercedes-Benz reported a record January sales volume of 24,619, increasing 8.9 percent from January 2014. Adding 1,505 units for Sprinter Vans and 492 units at smart, MBUSA achieved its highest January to date with a grand total of 26,616 vehicles, up 9 percent from a year ago.

Sales will be updated as manufacturers report. 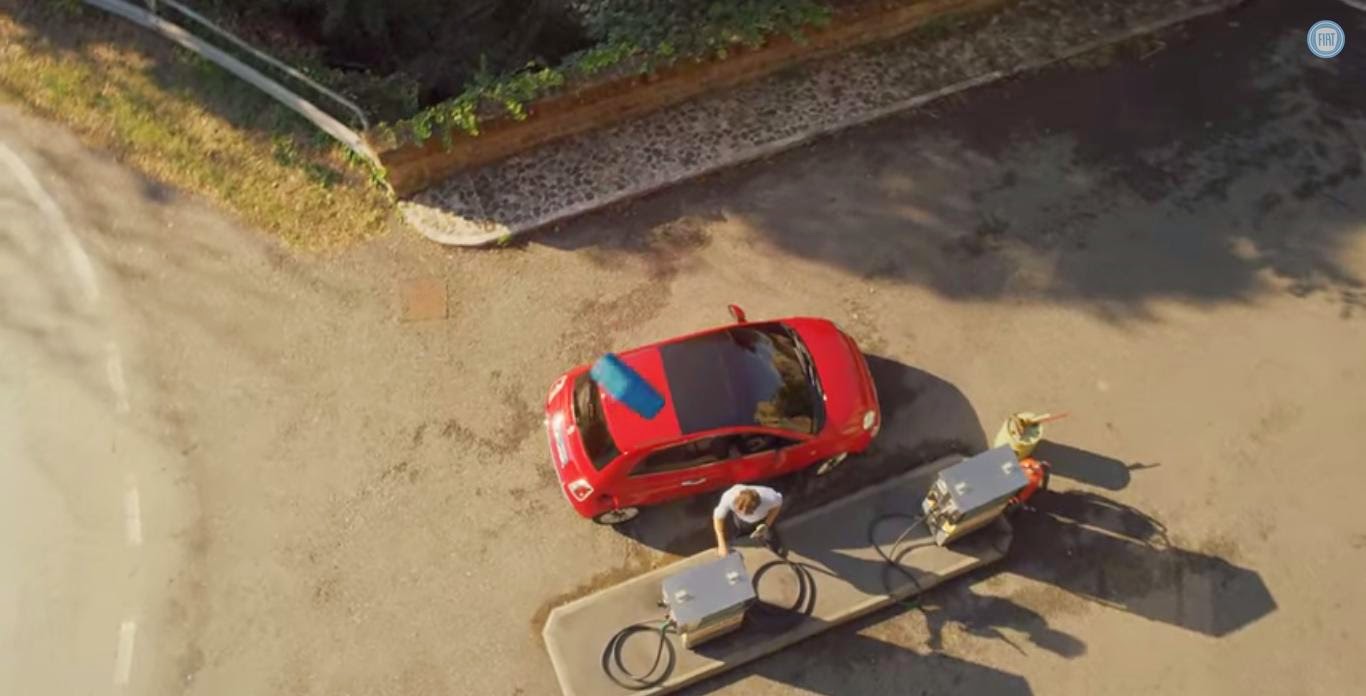