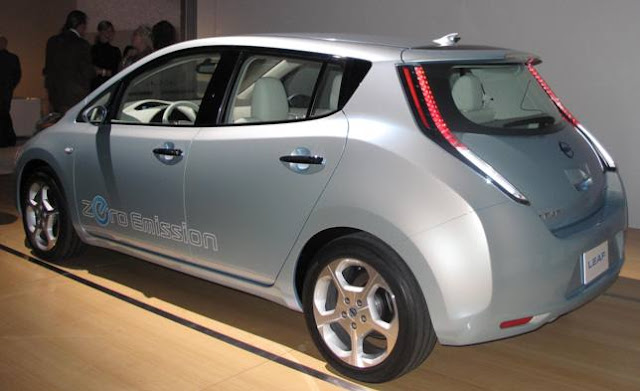 Nissan is ahead of its own schedule to reach its stated target of 20,000 reservations by the first U.S. Nissan LEAF delivery in December.  Nissan kicks off the 23-city "Drive Electric Tour" October 1 in Los Angeles giving reservation holders and those interested in driving a Nissan LEAF a chance to experience all-electric driving firsthand. Nissan says no further reservations will be taken until next year and it's focusing on providing the best level of customer service and premium ownership experience to those who already have enrolled. A subsequent phase of reservations will begin next year, after current reservations and orders have been processed.

Nissan's luxury division, Infiniti, released a sketch of its first luxury electric vehicle, which is set to launch in the United States  and other global markets in 2013.

The 2012 Infiniti M35h, which features Infiniti's Direct Response Hybrid technology, makes its North American debut at the Los Angeles Auto Show in November.  The M Hybrid is based on the Infiniti M sedan and promises V8 performance with 4-cylinder fuel economy from a 302-horsepower (est.) 3.5-liter V6 supported by a 50 kW (67 horsepower est.) electric motor.  Dubbed "the driver's hybrid," the M35h will be able to be driven on electric power alone at speeds up to 50 miles per hour.  The compact Lithium-ion battery pack design also allows use of a spacious passenger cabin and ample trunk capacity.  The Infiniti M35h will be available at Infiniti retailers in the United States in spring 2011.