Nearly two-thirds of issues experienced by owners in the first 90 days of ownership are design-related problems like driver interface, which includes voice recognition or hands-free technology, Bluetooth pairing for mobile phones, and the navigation system, according to the J.D. Power 2013 U.S. Initial Quality Study (IQS). Overall initial quality for the industry averages 113 problems per 100 vehicles. Porsche ranks highest among nameplates listed below, averaging 80 PP100. followed by GMC with 90 PP100, Lexus with 94 PP100, Infiniti with 95 PP100 and Chevrolet with 97 PP100 accounting for five highest-ranked positions. 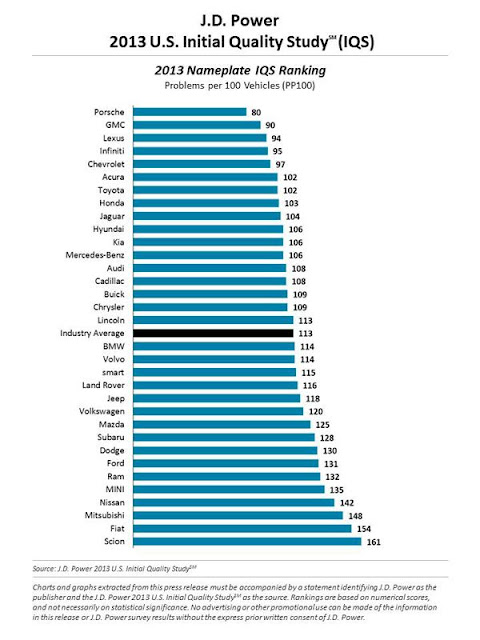