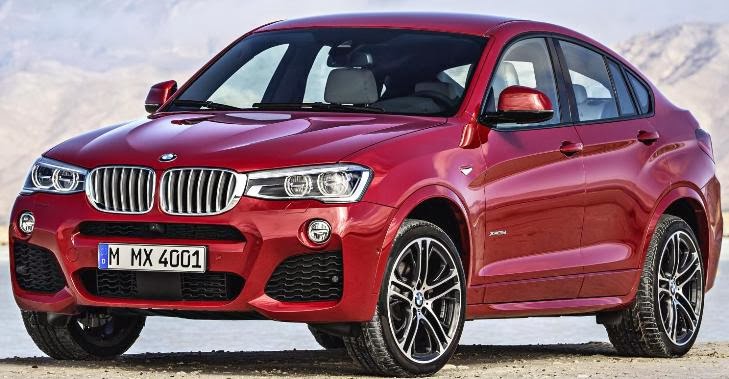 The all-new BMW X4 xDrive28i Sports Activity Coupe with a 240 horsepower 2.0-liter four cylinder engine has a Manufacturer’s Suggested Retail Price of $45,625 and the X4 xDrive35i, with a 300 horsepower 3.0-liter inline six engine has an MSRP of $48,925. Both models include an 8-speed Steptronic sport automatic transmission with shift paddles as well as xDrive, BMW’s intelligent all-wheel drive system. At 184.3 inches in length, it is 0.6 inches longer than the X3 and is 1.5 inches lower. The X4 concept was introduced in Los Angeles last November.
Posted by Rich Saxton at 3:29 PM