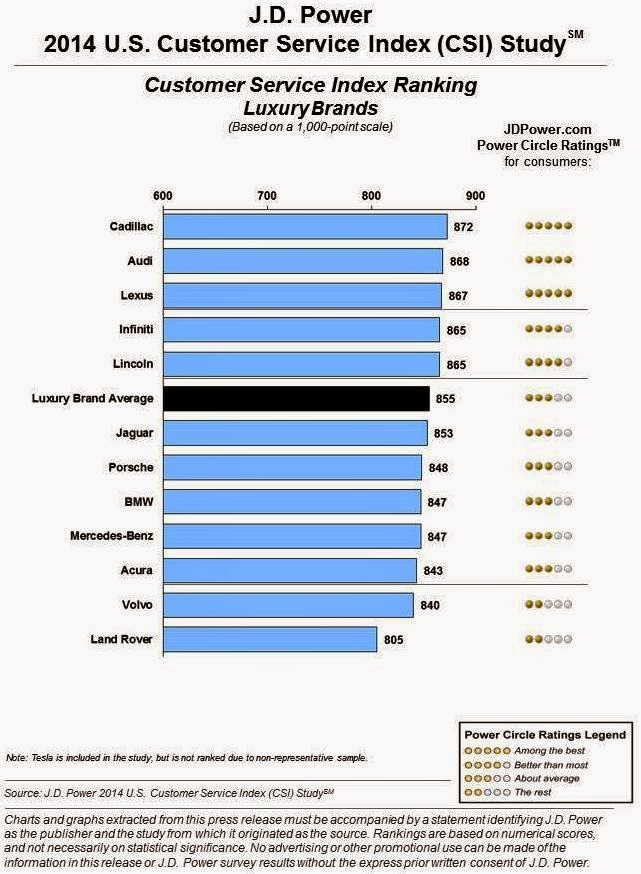 A big catalyst according to the J.D. Power 2014 U.S. Customer Service Index (CSI) Study is that 68 percent of luxury vehicle owners and 46 percent of mass market brand owners have a complimentary or prepaid maintenance package during the first year of ownership, more than double when compared with 35 percent of luxury and 15 percent of mass market brand owners in 2009. There's a higher CSI score with the use of digital tablets during service interactions, 838, compared with 802 when a tablet is not used.

Two GM brands perform highest in the segment rankings in 2014. Cadillac ranks highest in satisfaction with dealer service among luxury brands, achieving an overall CSI score of 872 on a 1,000-point scale, an increase of 14 points from 2013. Rounding out the five highest-performing nameplates in the luxury segment are Audi (868); Lexus (867); and Infiniti (865) and Lincoln (865) in a tie. 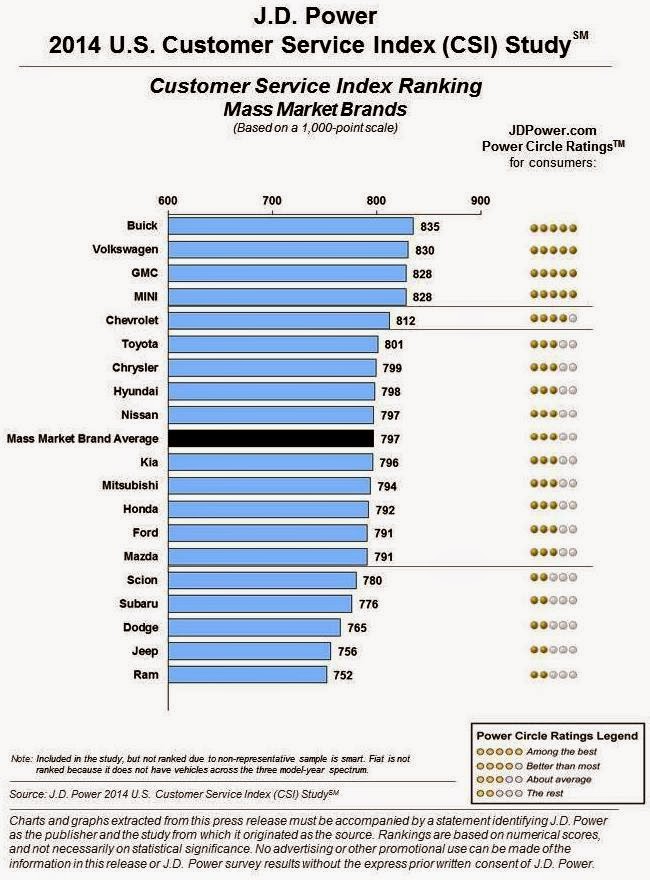