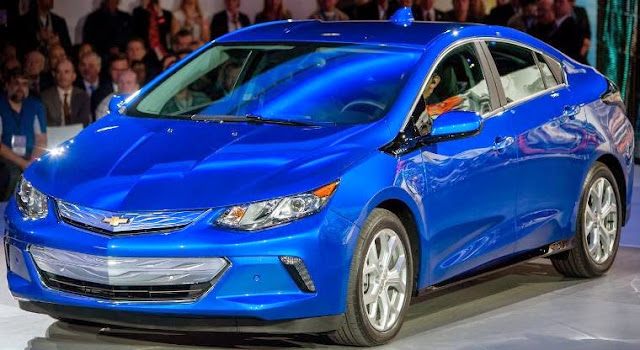 The new Volt will offer a GM-estimated 50 miles of all-electric driving range on a single charge, a 31-percent improvement over the first-generation Volt so Volt owners who charge regularly can expect to drive an estimated 1,000 miles or more between fill-ups, based on GM testing. The 2016 Volt will provide owners with fuel economy of a GM-estimated 102 MPGe (electric) and 41 combined mpg on gasoline power.
Posted by Rich Saxton at 7:42 AM