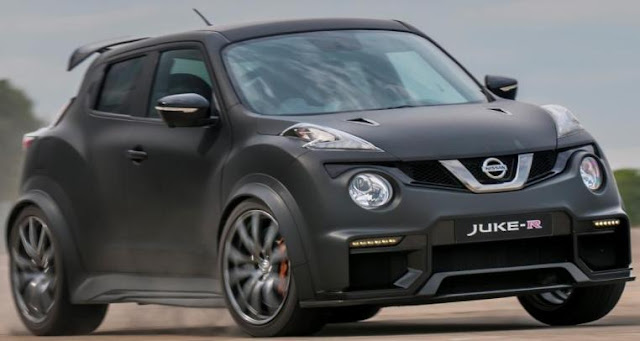 The Nissan JUKE-R 2.0, based on the newer JUKE model launched in Europe in 2014, has redesigned 100 percent carbon fiber front and rear bumpers and the front fenders, front headlights, taillights and hood are from the new 2015 JUKE. The engine power, according to the Nissan release, has been increased and is rated at 600 horsepower, "the same output as the GT-R, the NISMO."
Posted by Rich Saxton at 7:29 AM