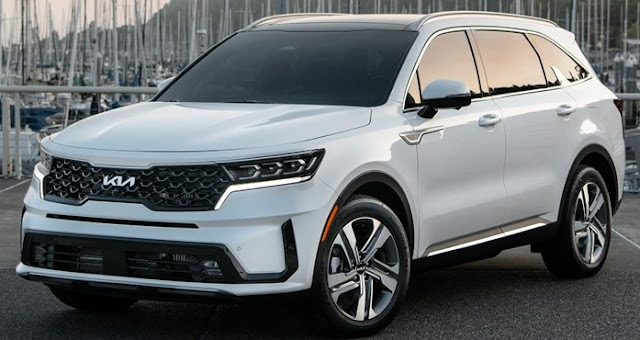 The new 2022 Kia Sorento Turbo Plug-in Hybrid 3-row SUV has a 66.9 kW electric motor and a 1.6-liter turbocharged engine that combine to produce 261 horsepower delivering an EPA-estimated 32-mile all-electric driving range with an EPA-estimated total range of 460 miles for an EPA-estimated 79 MPGe combined rating. The 2022 Sorento Turbo Plug-in Hybrid will start at $46,165 (including $1,175 destination and handling charge) for the SX and $49,065 for the fully loaded SX-Prestige (SX-P). The Sorento PHEV may be eligible for a $6,587 Federal Tax Credit, as well as various state incentives, including single rider carpool lane access in California.