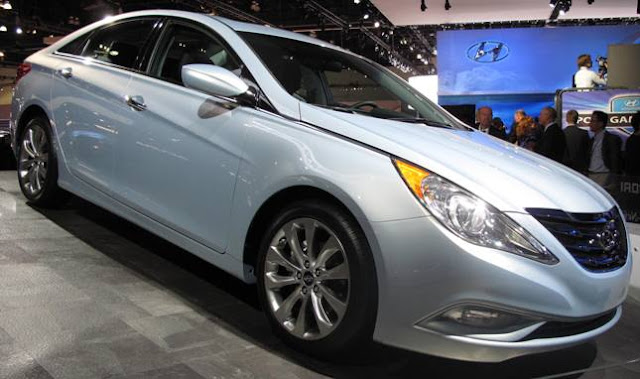 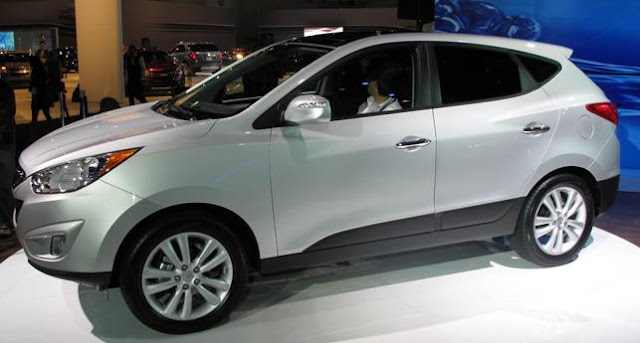 Sonata is the second vehicle in Hyundai’s 24/7 version 2.0 product initiative (seven new models in the next 24 months) following on the heels of the all-new 2010 Hyundai Tucson that also debuted in L.A. but was seen in mid-September at the Frankfurt Auto Show as the ix35. Beginning with the 2011 Sonata and 2010 Tucson projects, Hyundai designers set to work about three and half years ago on Fluidic Sculpture, a design language that will ripple through the entire Hyundai showroom. The 2010 Tucson is 3.3 inches longer and one inch wider than its predecessor, yet 61 pounds lighter. The 2010 Tucson has a longer wheelbase and overall width than CR-V, Escape and Forester.

If the Cash-For-Clunkers program makes a comeback expect the Tucson to be a top choice as a clunker replacement. How can you go wrong with five-year/60,000-mile bumper-to-bumper protection, 10-year/100,000-mile limited powertrain warranty, and seven-year/unlimited mileage anti-perforation coverage. In addition, Tucson buyers receive 24-hour roadside assistance coverage at no extra charge for five years (no mileage limit) and that service includes emergency towing, lockout service and limited coverage for trip-interruption expenses.

The all-new Tucson CUV (Crossover Utility Vehicle), starts at $18,995 for a well-equipped GLS six-speed, manual-transmission model and $24,345 for the top-of-the-line Limited model. The all-new Tucson arrives at dealerships this month.