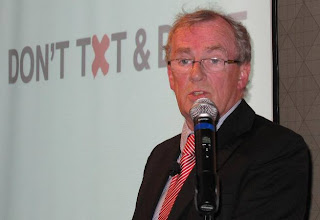 Jim O’Donnell, President and CEO of BMW North America, covered a wide variety of topics in a speech to Los Angeles auto journalists this week, including improving car sales to the BMW i3 and i8 electric vehicles. O’Donnell, speaking to a California crowd, said that the Golden State is BMW’s sixth largest market globally, selling more cars in California than any other state where it recently opened its 50th U.S. dealership in Murietta. O’Donnell predicted 12.5 million total U.S. sales for 2011 dependent on three main factors: vehicle availability, gas prices and the economy. He boasted that BMW and MINI sales are 116,000 through May, up 19 percent this year over last. The Spartanburg, South Carolina, factory produces all the X-models for the world with about 70 percent shipped out of the U.S. and many are configured by the customer and sold before they leave the factory: 80 percent of X3s and 65 percent of X5 and X6 models fall into that category and customers can watch videos of their vehicle being built. According to O’Donnell,  a customer will watch their video 5 times and then send it to social media for friends to watch for another 15 viewings. 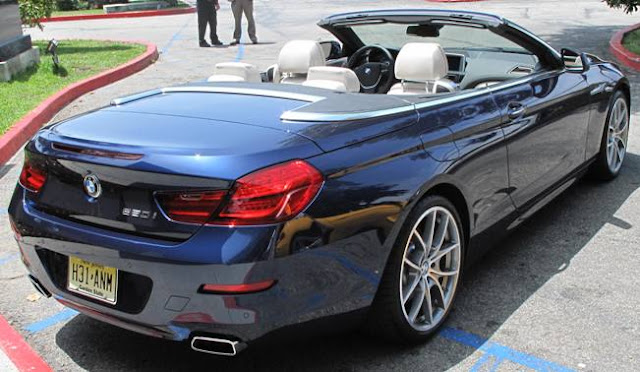 O’Donnell says BMW and Mercedes are in a close sales race year-to-date so new model introductions are vital with BMW having the 6 Series convertible (shown above) and 6 Series sedan coming along with the re-introduction of 528xi all-wheel drive sedan which has been gone for a year and is in a niche that the competition has been capitalizing on.

O’Donnell spent a considerable time discussing environmental and social responsibility which included project I to produce the i3 in 2013 and the carbon fiber i8 sportscar, the MINI E and the Active E that was driven in U.S. 7 cities, 4 in California. The biggest message O’Donnell delivered was BMW’s “Don’t Text and Drive” campaign and a sobering commercial that will begin airing during this week’s U.S. Open golf tournament and be shown nationwide by the end of the year. O’Donnell quoted stats from The Wireless Association that one trillion texts were sent in the first half of 2010.

In a heated discussion with dealers is the plan for BMW to invest in “build-to-order” and have vehicles stored in a centralized lot rather than on the dealer premises. With U.S. dealers having invested $2.5 billion in their facilities, it may be a hard sell, especially with customers wanting their car now. Is seeing rows of hundreds of cars on a dealer lot a bad thing?

O’Donnell’s presentation, with his Scottish accent,was humorous and informative with a message that BMW, known for its dominant industry-leading engineering innovation, is paying attention to their customers' wishes.
Posted by Rich Saxton at 9:09 AM