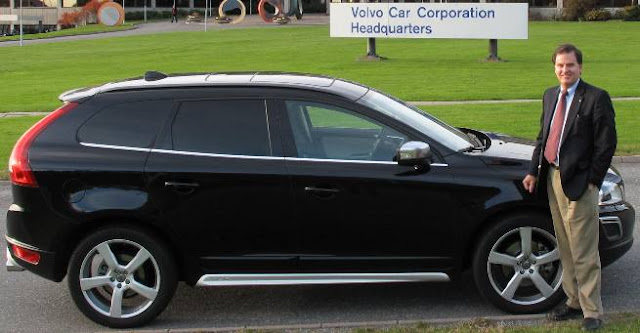 Ever since the Green Car Journal selected the Volkswagen Jetta TDI Clean Diesel and Audi A3 TDI Clean Diesel as their Green Car of the Year back-to-back in 2009 and 2010 respectively, and having driven a Volvo XC60 D5 AWD diesel (pictured above) in Sweden for a week in 2010 with amazing fuel economy, I've become a big advocate of the new clean diesel powered vehicles, especially for those highway commuters who don't really benefit from the electric hybrids.

Clean Diesel engines, which are 20 to 40 percent more fuel efficient than comparable gasoline engines, will play a big part in the California Air Resources Board new tailpipe and greenhouse gas emissions standards for new passenger vehicles. The California ARB's new Low-Emission Vehicle (LEV III) regulations, the most stringent in the world, will get phased in during model years 2017-2025. In that time, all vehicles sold in California will have to meet Super Ultra Low Emission Vehicle (SULEV) tailpipe standards. The new ultra-low sulfur diesel fuel has reduced sulfur emissions by 97 percent.

Source: The Diesel Technology Forum, a non-profit national organization, dedicated to raising awareness about the importance of diesel engines, fuel and technology. For more information visit www.dieselforum.org.
Posted by Rich Saxton at 12:44 PM