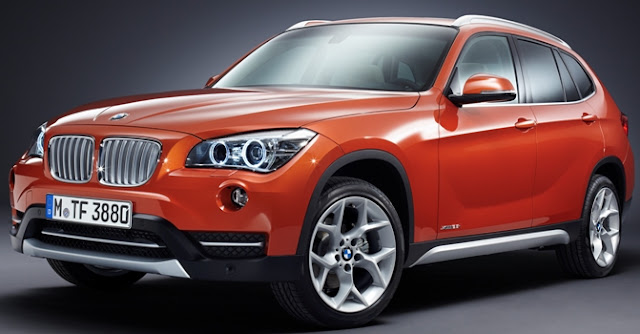 Both engines are paired to an automatic transmission and BMW EfficientDynamics technology which consists of twin-scroll turbocharging, High Precision Direct Petrol Injection, VALVETRONIC variable valve timing and Double-Vanos variable camshaft control. The intelligent all-wheel drive of the BMW X1 xDrive35i and BMW X1 xDrive28i varies the distribution of drive between the front and rear wheels, as required ensuring optimum traction and directional stability in all weather and road conditions, as well as noticeably sportier responses through dynamically taken corners. Features including the Auto Start-Stop function (28i only), Brake Energy Regeneration and demand-based operation of ancillary units all help to achieve a blend of performance and fuel economy. I'll be racing to a BMW dealer to check it out this Fall.
Posted by Rich Saxton at 9:45 AM