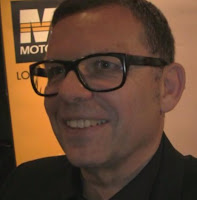 Kia's design chief Peter Schreyer, 59, was appointed as President to oversee Hyundai and Kia's design centers in order to streamline its resources and create synergy between the two brands.thus, becoming the first non-Korean to hold that title in Kia's history.

Schreyer joined Kia in 2006 from the Volkswagen Group to lead Kia's design transformation and will keep that role of Chief Design Officer in addition to being one of three Kia presidents. Schreyer, originally from Bavaria, is based in Frankfurt, Germany, married with two children. He studied at the Royal College of Art in Germany before becoming part of the Volkswagen Group's design team and contributing to the distinct appearance of several VW and Audi models including the Passat and the Audi TT.

Hear my interview with Peter Schreyer at a design panel event in June 2012 where he discusses design and Kia's highly-recognizable "tiger nose".

Schreyer was named Automobile Magazine's 2012 Man of the Year.
Posted by Rich Saxton at 11:48 AM