J.D. Power's 2013 Automotive Performance, Execution and Layout (APEAL) Study, redesigned for this, its 18th year, to measure new-vehicle appeal is based on responses gathered between February and May 2013 from more than 83,000 purchasers and lessees of new 2013 model year cars and light trucks, who were surveyed after the first 90 days of ownership. Porsche is the highest-ranked nameplate for a ninth consecutive year. Ram is the highest-ranked non-premium nameplate. 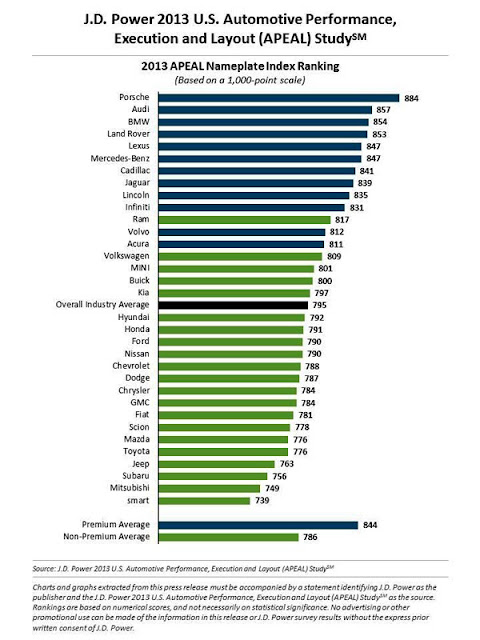 The Land Rover Range Rover achieves the highest APEAL score of any single model in the study in 2013, the first time for a model outside the large premium car segment.