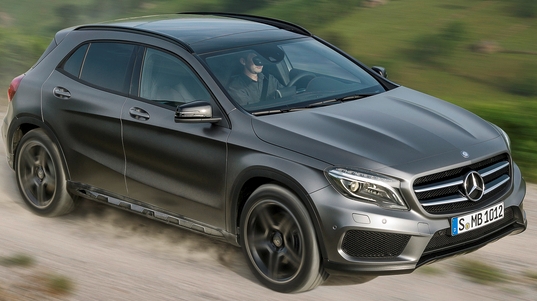 The 2015 GLA-Class powered by a turbocharged 208 horsepower 2.0-liter 4-cylinder engine mated to a 7-speed dual clutch automatic transmission will have the new-generation permanent all-wheel drive system 4MATIC when it arrives in U.S. showrooms in Fall of 2014. The GLA250 4MATIC sprints from zero to 60 mph in 6.4 seconds and it has a top speed of 145 mph. The front-wheel drive GLA250 will be available in the U.S. in early 2015. The all-new 2015 GLA-Class will have its world premiere at the International Motor Show in Frankfurt in September.