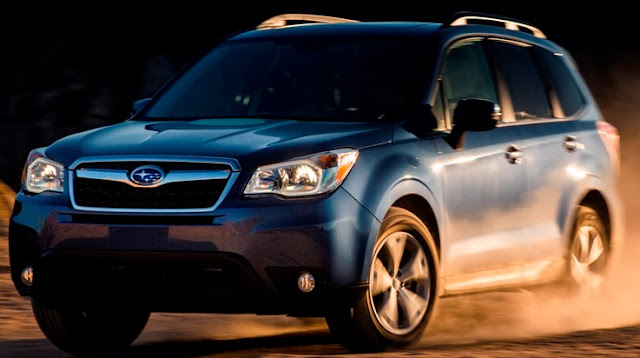 The redesigned 2014 Subaru Forester is the most reliable vehicle you can buy according to the latest Consumer Reports' new car reliability study which surveys its magazine and website subscribers each year to ask about any serious problems they've had with their vehicles in the preceding 12 months. No mention of miles driven which is the biggest factor.

Japanese carmakers Lexus, Toyota, and Acura were one, two, three for brand reliability, with all Lexus and Acura models scoring above average. Audi, jumped 22 spots in just two years, moving up four places from last year to fourth overall. Next were Mazda, Infiniti and Volvo jumping 13 places to seventh. Honda was next at eighth. All Infiniti, Mazda, and Toyota models scoring average or better. All Japanese makes rank among the first 11 except for Nissan, which sank to 22nd. GMC was the top domestic brand at ninth, three places higher than last year. Subaru rounded out the top 10.

Ford and Lincoln were just above Mini at the bottom of the Consumer Reports' list because of their MyTouch infotainment system difficulty according to Consumer Reports. Ford is having sales success and happy Ford owners are questioning this latest study and the ranking of their brand.

Consumer Reports’ says their reliability Ratings show how well vehicles have held up and the odds that an owner could be inconvenienced by problems and repairs. The large-scale survey collects detailed data on about 1.1 million vehicles, giving them a solid source for chronicling past reliability and predicting future performance. For more on the brand rankings and individual vehicle recommendations, subscribe to Consumer Reports.
Posted by Rich Saxton at 9:41 AM