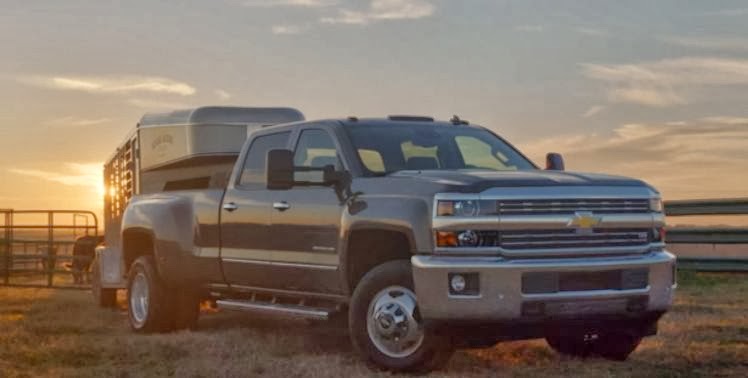 The 2015 Chevy Silverado HD’s first TV ad, “Romance,” developed by the Silverado’s agency of record, Leo Burnett Detroit was filmed in Austin, Texas, with the soundtrack taken from the 1975 hit, “You Sexy Thing,” by the British group Hot Chocolate. The commercial runs this Sunday during Fox's Super Bowl telecast of the Seattle Seahawks and Denver Broncos.
Posted by Rich Saxton at 12:52 PM