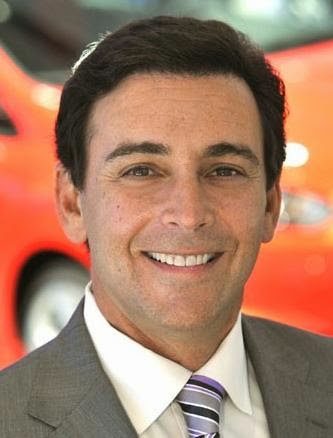 Alan Mulally (left), 68, is retiring after nearly eight years leading Ford Motor Company effective July 1st and Mark Fields (right), 53, Ford’s chief operating officer since December 2012, will be named Ford president and chief executive officer and elected as a member of the company’s board of directors. Before serving as COO, Fields served as executive vice president and president of the The Americas since October 2005.

“From the first day we discussed Ford’s transformation eight years ago, Alan and I agreed that developing the next generation of leaders and ensuring an orderly CEO succession were among our highest priorities,” Executive Chairman Bill Ford said. “Mark has transformed several of our operations around the world into much stronger businesses during his 25 years at Ford. Now, Mark is ready to lead our company into the future as CEO.”
Posted by Rich Saxton at 7:29 AM