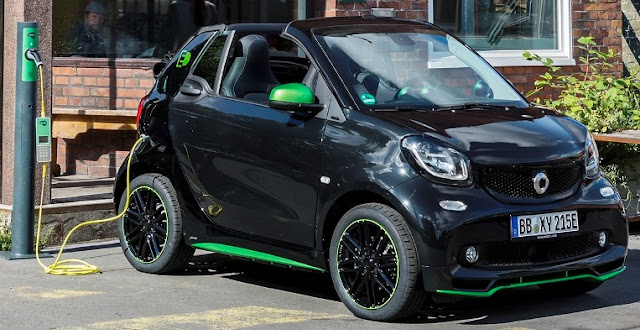 The new smart electric drive (ED) has an 80 horsepower electric motor that works at the rear of the vehicle and transmits its power via a constant ratio to the wheels. A fully charged battery has sufficient power to cover approximately 99 miles with the maximum speed electronically limited to 81 mph to maximize the range. The U.S. range and overall electric motor specifications to be announced at launch. The high-performance on-board charger cuts charge time giving the U.S. preliminary new generation charge time of 2.5 hours vs. the previous generation charge time of 5.5 hours). The new smart fortwo electric drive will be launched in the U.S. in spring 2017 and the smart fortwo cabrio electric drive in summer 2017. The smart forfour will not be available in the U.S.
Posted by Rich Saxton at 8:43 AM