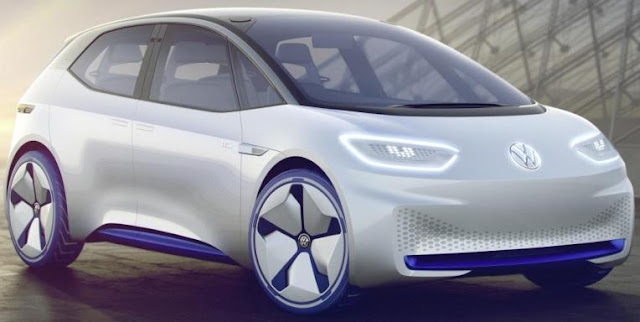 The Volkswagen I.D. concept car, the first Volkswagen built off the Modular Electric Drive kit, uses a 168-horsepower electric motor and has a range of between 249 and 373 miles on a single battery charge with zero to 62 mph acceleration in less than 8 seconds and a top speed of 99 mph. The rapid charging system brings the battery to 80 percent charged after just 30 minutes. I.D. is the first Volkswagen that is capable of fully automated driving. It is due to go on sale in 2020, fueling Volkswagen's goal of selling a million electric cars a year by 2025.
Posted by Rich Saxton at 11:26 AM