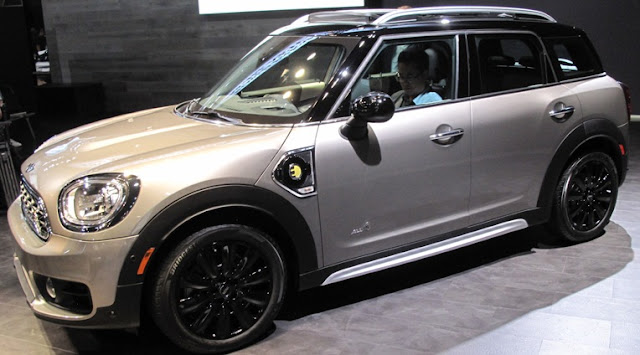 The all-new 2017 MINI Countryman, coming in Cooper, Cooper S and the all new plug-in hybrid Cooper S E ALL4, is the biggest MINI ever and includes a model powered by both a three-cylinder MINI TwinPower Turbo Technology gasoline engine and an electric hybrid synchronous motor. With an option to plug in, the MINI Cooper S E Countryman ALL4 has a 3-cylinder gasoline engine that works in tandem with a powerful electric motor to produce a combined peak output of 221 horsepower, with the e-rear axle enabling all-season ALL4 traction. The new MINI Countryman will go on sale in March 2017 at MINI dealers across the U.S. with the MINI Cooper S E Countryman ALL4 plug-in hybrid following in June 2017.