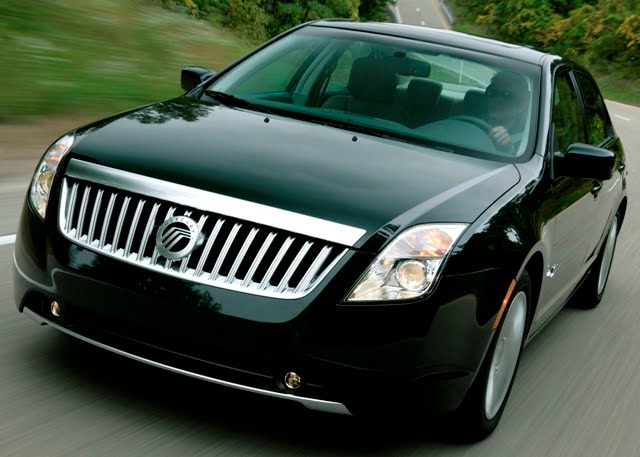 Goodbye Milan, Grand Marquis, Mariner and Mountaineer. Ford will end production of Mercury vehicles in the fourth quarter of this year to fully devote its financial, product development, production and marketing, sales and service resources toward further growing its core Ford brand while enhancing the Lincoln brand.


Ford's release says: Mercury originally was created as a premium offering to Ford and was an important source of incremental sales.  However, the continued strength of the Ford brand – particularly during the past three years – has accelerated the migration from Mercury to Ford for many customers. Today, Mercury's customer profile, pricing and margins are almost identical to Ford, but Mercury's incremental sales have been declining. The majority of current Mercury sales are to fleet buyers and customers purchasing through employee, retiree and friends and family discounts, which Ford anticipates largely can be satisfied by Ford brand vehicles. Of Ford Motor Company's 16 percent market share in the U.S., Mercury accounts for 0.8 percentage points, a level that has been flat or declining for the past several years.

Ford says the Lincoln brand lineup with seven all-new or significantly refreshed vehicles in the next four years as part of an aggressive growth plan focused on standout product design, class-leading technology and new powertrains – all aimed at competing with Cadillac and Lexus in North America.

"We have made tremendous progress on profitably growing the Ford brand during the past few years.  Now, it is time to do the same for Lincoln," said Mark Fields, Ford's president of The Americas.  "The new Lincoln vehicles will transform luxury for North American premium customers through an unexpected blend of responsive driving enjoyment and warm, inviting comfort. We will also offer our customers a world-class retail experience through a vibrant retail network."

I owned a Mercury Monarch sedan back in the mid-70's with an 8-track tape player and all - nice ride! So my grandkids will have no idea what I'm talking about when I remember my Mercury and Oldsmobile that I once had.