Tesla (ticker: TSLA), the electric car maker, sold 13.3 million shares in its initial public offering on June 29th, a fifth more shares and at a higher price than the originally planned.  Offered at $17, above the expected price range of $14 to $16, the stock opened trading at $19 dropped and then raced ahead by 41% to close its first day of trading at $23.89 per share. The IPO raised $226 million. All this on a day when the Dow fell 268 points. 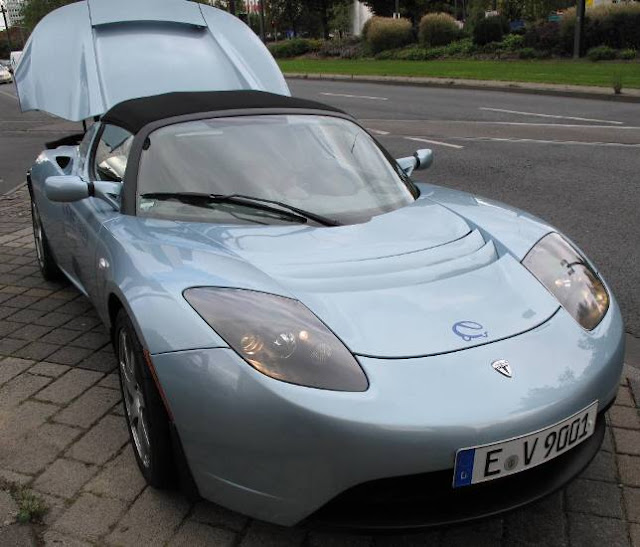 Started by by Pay-Pal co-founder Elon Musk 7 years ago, Tesla came out with its $109,000 Roadster in 2008 and despite the high price tag has sales of over 1,000. I have not driven the Roadster but a good friend who has was blown away by the 3.6 second zero to 60 time and says it compares to the best gas-powered high performance sports cars. (Shown above in September 2009 in Frankfurt.) 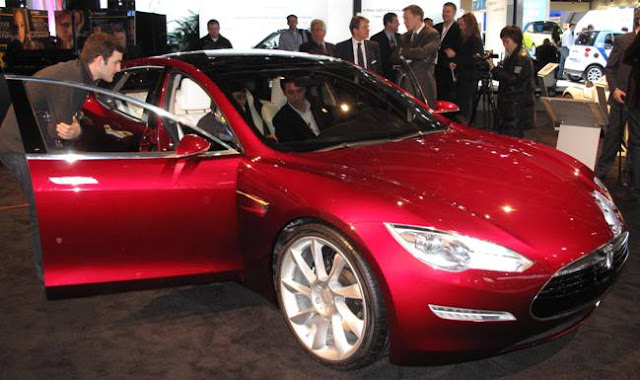 The anticipation is that its $50,000 (after rebates and credits) Model S launching in 2 years could be a big hit based on pre-orders. It's being manufactured in the Fremont, California, New United Motor Manufacturing, Inc. (NUMMI) plant where the Toyota Matrix and Pontiac Vibe were made in a GM-Toyota joint venture. (Tesla Model S shown above in Detroit in January.)