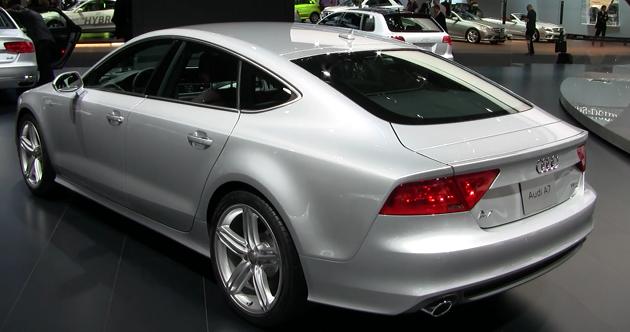 The 2012 Audi A7 is the winner of the first-ever Motor Press Guild Vehicle of the Year award. The 2012 Audi A7 was one of five finalists chosen over a two-month period by a select panel of MPG journalist members who test and review cars on a regular basis. The final five vehicles were evaluated and ranked by the entire journalist membership. Vehicles were rated in the categories of Safety, Quality, Value, Performance/Handling, Design/Style, Environmental/Green Impact and Technology/Innovation. In addition, journalists were encouraged to consider models that reflect the unique style of Southern California. Vehicles were required to be all-new or substantially changed from the previous year's model and available at dealerships on or before Jan. 1, 2012. Other finalists were (in alphabetical order): the 2012 Chevrolet Sonic, 2012 Fiat 500, 2012 Ford Focus and the 2011 Hyundai Elantra.

The Audi A7 with an MSRP of $60,125 is about the same price as the other four finalists combined, which I believe gave it an unfair advantage. Though the A7 is a fine vehicle, the other finalists are a lot of car for the money.
Posted by Rich Saxton at 9:06 AM