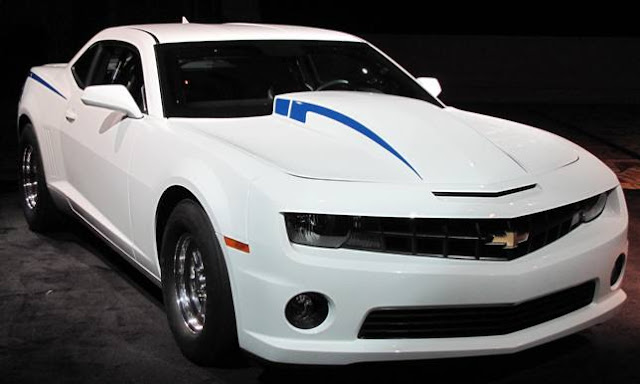 The COPO Camaro concept is designed to the specifications for NHRA Stock Eliminator drag racing competition with two engine options, including a naturally aspirated 427 engine (7.0L) – the same displacement as the original COPO Camaros from 1969 – and a supercharged 327 (5.3L) engine. Among the many racing-specific features and equipment is a conversion from the Camaro’s standard independent rear axle to a solid axle, as well as a full chrome moly roll cage. 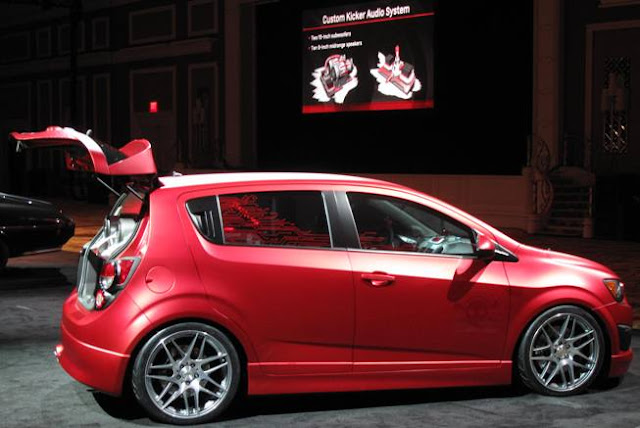 The Chevrolet Sonic Boom was a collaboration with Kicker on the concept audio system, influenced by the design of jet engines, which features a pair of 15-inch subwoofers and 10 six-inch mid-range speakers. The concept Kicker system delivers 4,000 total Watts of power. Along with the high-performance sound system, the rest of the interior of the Sonic Boom is fully customized, with performance seats, a racing-inspired flat-bottom steering wheel, the Chevrolet Accessories Z-Spec sport pedal kit and unique trim. 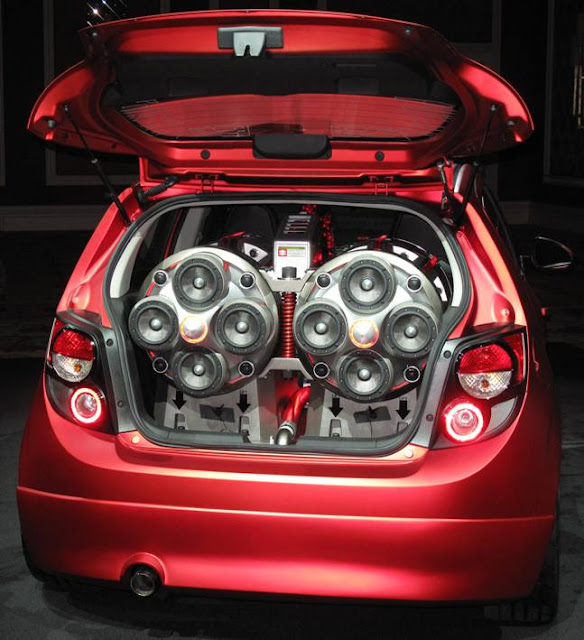 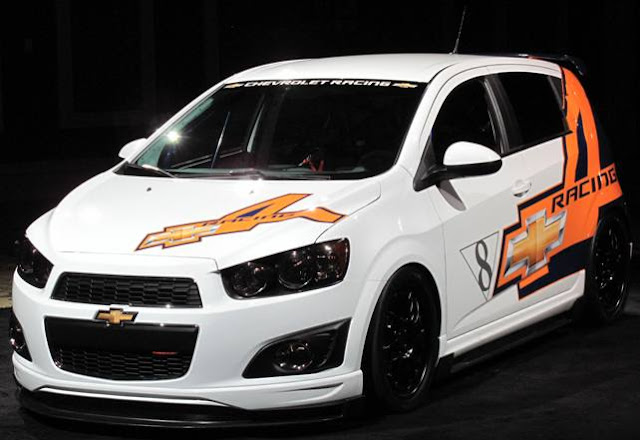 Chevrolet turned to long-time racing partner Pratt & Miller to construct the Sonic Super 4 concept which features a suspension modified for racing and a lower restriction intake and exhaust system to provide enhanced on-track performance. The interior features a chrome moly roll cage built to SCCA specifications. It also wears Chevrolet Z-Spec concept accessories, including ground effects and a high-wing spoiler. The exterior has an Anodized Sonic Boom Red paint scheme and concept Z-Spec parts, including the ground effects, grille and rear spoiler, along with 19-inch wheels. 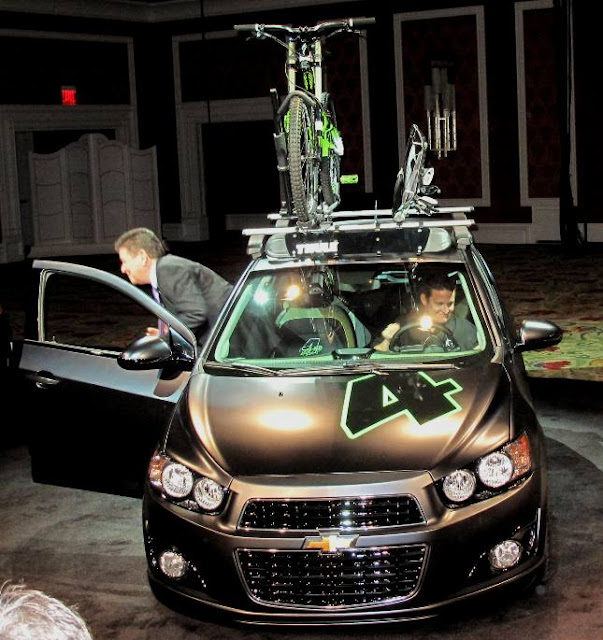 The Ricky Carmichael Concept All Activity Vehicle was inspired by the 15-time American Motorcycle Association (AMA) champion, three-time X-Games gold medalist and NASCAR racer and is equipped for those adventures, with the storage capacity for his biking and wakeboard equipment. Also a THULE Roof Rack with an S-Works mountain bike and Hyperlite wakeboard, splash guards, custom wheels, special exterior graphics, as well as concept Z-Spec ground effects, Z-Spec grille and Z-Spec spoiler. From a performance standpoint, this Sonic breathes through a Borla exhaust system and stops more authoritatively with Brembo brakes. Under the hood is the production 1.4L turbocharged engine and six-speed manual transmission.
Posted by Rich Saxton at 8:06 AM