Romano Zoom Zooms Away from Mazda 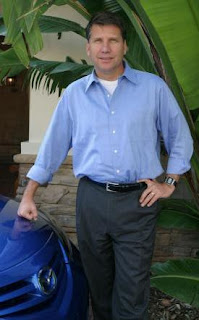 With four years of losses due to a rising yen and slumping sales in markets outside the U.S., Mazda Motor Corp. has been cutting employees at a hefty rate. Reports are there have been more than a hundred hand shakes already at their Irvine, California, North American headquarters which did employ about 700 before the severances. One report has their reduction target at 550 for Mazda North American Operations. The cuts are also underway in Europe with no reductions expected in Japan, according to published reports.

One Mazda star exec, Don Romano, 51, President of Mazda Canada, who was given the role of U.S. Chief Marketing Officer in March of 2010 then had it stripped away recently, departed Mazda last week. Romano, a southern California native living in and liking Toronto, was president of Mazda of Canada from April of 2006 until "he elected to leave" last week. He had held various roles within the organization working on brand development, business planning and global integration since joining Mazda in 2000. Expect Romano to re-surface very soon in a new position.

Mazda Motor Corp. has the biggest losses among Japan’s eight biggest carmakers and has been looking for ways to boost capital. It was recently announced that Mazda and Fiat are partnering for the development and manufacturing of a new roadster for the Mazda and Alfa Romeo nameplates based on Mazda's next-generation MX-5 rear-wheel-drive design.
Posted by Rich Saxton at 3:58 PM