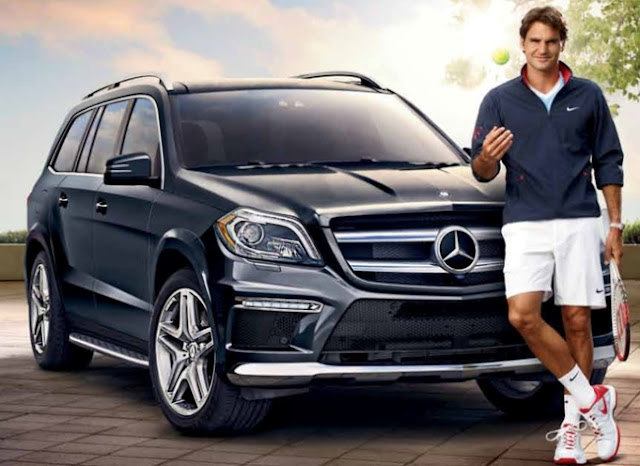 The all-new 2013 Mercedes-Benz GL-Class seven passenger SUV will be launched in a new ad, entitled "Many Rogers" with Roger Federer  as a  "World Class Athlete," "International Celebrity" and "Dad"- is accompanied by his favorite car. The campaign is being served up in concert with the 2012 US Open, taking place August 27-September 9th in Flushing, New York. The current GL-Class starts at $61,570.

The 2013 GL63 AMG, courtesy of a hand-built, 5.5-liter biturbo AMG engine, delivers 550 horsepower, 560 lb-ft of torque and a top speed electronically capped at 155 mph mated to the AMG SPEEDSHIFT 7-speed automatic transmission, equipped with three selectable driving modes and an automatic double-declutching function for smooth downshifts and also features the fuel-saving ECO Start/Stop function, which switches off the engine at red lights and any other time the GL63 is at standstill. Look for the all-new 2013 Mercedes-Benz GL-Class in dealerships this Fall.
Posted by Rich Saxton at 11:54 AM