Breaking News: The all new 2013 Land Rover Range Rover SUV will have a MSRP starting price of $83,500 including destination charges and will go up to $130,950 for the Autobiography when they arrive in North American showrooms this winter.

The All-New Land Rover Range Rover, the fourth generation following the spirit of the original design from over 40 years ago, has been developed from the ground with a lightweight all-aluminium monocoque body structure which is 39 per cent lighter than the steel body in the outgoing model thus producing a 22 per cent reduction in fuel consumption achieving of 37.7mpg, according to the news release. The weight saving helps the 510PS LR-V8 Supercharged model to accelerate from 0 - 60mph in just 5.1 seconds, a reduction of 0.8 seconds over the outgoing model while at the same time cutting fuel consumption by 9 per cent. 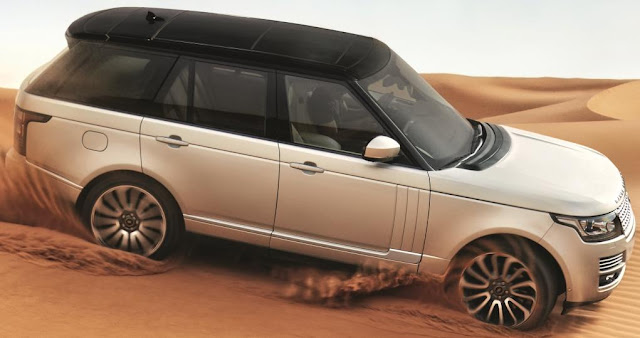 Announced in London for the UK, customers have a choice of a 510PS LR-V8 Supercharged gas-powered engine and two diesel engines - a 3.0-litre 258PS TDV6 and a 4.4-litre 339PS SDV8, all paired with an eight-speed automatic transmission. Land Rover announced plans for a hybrid Range Rover, a diesel hybrid model, which is planned for production late in 2013. Order books for the All-New Range Rover are now officially open with prices in the UK starting at £71,295 ($114,183) for a Vogue TdV6, rising to £98,395 ($157,585) for a the Supercharged Autobiography model. The All-New Range Rover is designed, engineered and manufactured in the UK and will be exported to over 170 global markets. Over £370million ($592M) has been invested in the Solihull manufacturing plant.