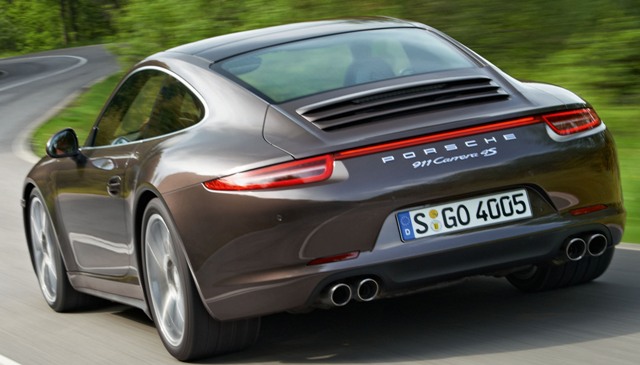 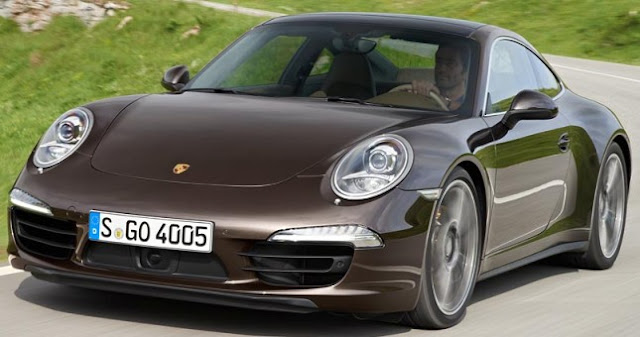 The 911 Carrera 4 Coupe (below) has a 350 horsepower 3.4-liter, flat-six engine can sprint from zero to 60 mph in as little as 4.3 seconds (Cabriolet: 4.5 s) and reach a top-track speed of up to 177 mph (Cabriolet: 175 mph), depending on equipment features. Fuel consumption with PDK is EPA estimated at 20 mpg city / 28 mpg highway for the Coupe and EPA rated 20 mpg city / 27 mpg highway for the Cabriolet. All new models have a seven-speed manual gearbox as standard, and the Porsche Doppelkupplung (PDK) seven-speed gearbox is available as an option.