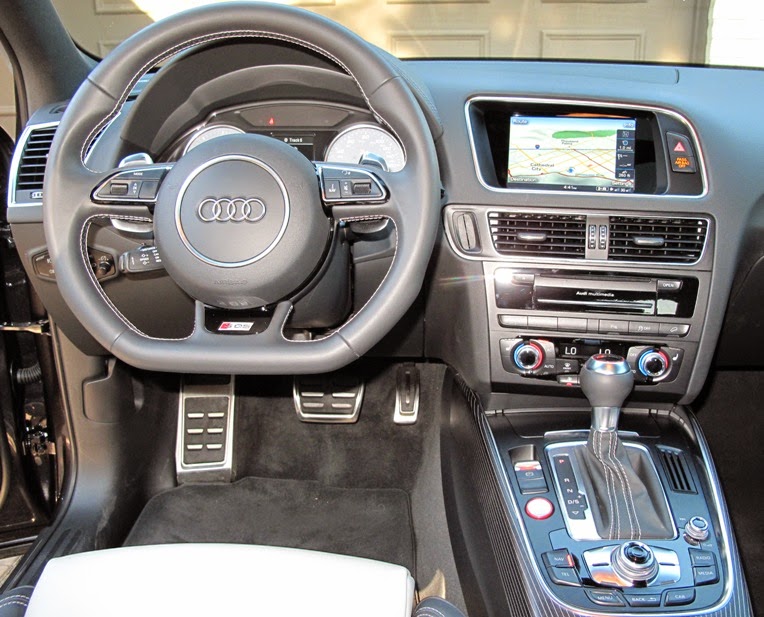 The luxury compact SUV/crossover space is crowded in a tight $35,000 to $50,000 price range depending on option choices, and, with many vehicles at different stages of their production cycles which impacts engine and connective technology. The Audi Q5 competes with the BMW X3, Mercedes-Benz GLA & GLK Classes, Infiniti QX50, Volvo XC60, Acura RDX and Cadillac SRX and Lincoln MKC.

Many car buyers may be entering the segment for the first time, stepping up from less expensive SUVs or stepping down in size from large SUVs - they want to keep the SUV feel and gain luxury in an easy transition.  SUV feel means higher driver position and stiffer ride than a car but the jump should translate into much improved gas mileage which many of these newer SUV/crossovers try to accomplish. We always say beauty is in the eye of the beholder, so vehicle looks and stigma - who else is driving one - are considerations.

The test drive of the top-of-the-line Audi SQ5, was more intended to scope out vehicle handling, size, space and feel. The 17.8 mpg, over 205 miles mostly on the highway, fell slightly short of the posted 19 combined mpg but the SQ5 is a performance vehicle and it did perform. The SQ5 has a 354 horsepower 24-valve DOHC supercharged V6 engine mated to the eight speed Tiptronic transmission, and this one also had lava grey pearl effect ($500), Prestige trim ($7,500), driver assist package ($2,750), Nappa leather seats ($1,500), layered wood inlays ($1,100) and destination charge ($895) brought the price as tested to $66,145. 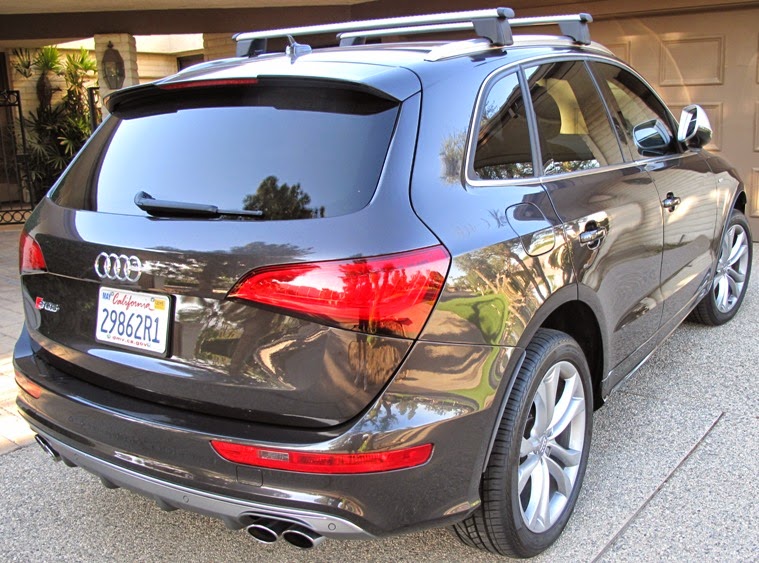 The Audi SQ5 is the performance version of the Audi Q5 midsize crossover which means it's more car-like than SUV, though there were ride setting choices for a more sporty ride. I drove the Audi SQ5 for a week and found it fun, prestigious, very powerful and roomy. Around Los Angeles and to Palm Springs and back, the seats could have been a little softer for the longer drives. The ride height was lower than its competitors making it more car-like than the raised-above-traffic SUV vantage point that many SUV migrants will demand. The SQ5 seat could be raised and lowered which made a difference. The cargo roominess and accessibility were great. The Bang & Olufsen sound system gets top marks. The technology was intuitive, easy to use and connected quickly to my smartphone for phone and music feeds - better than most. 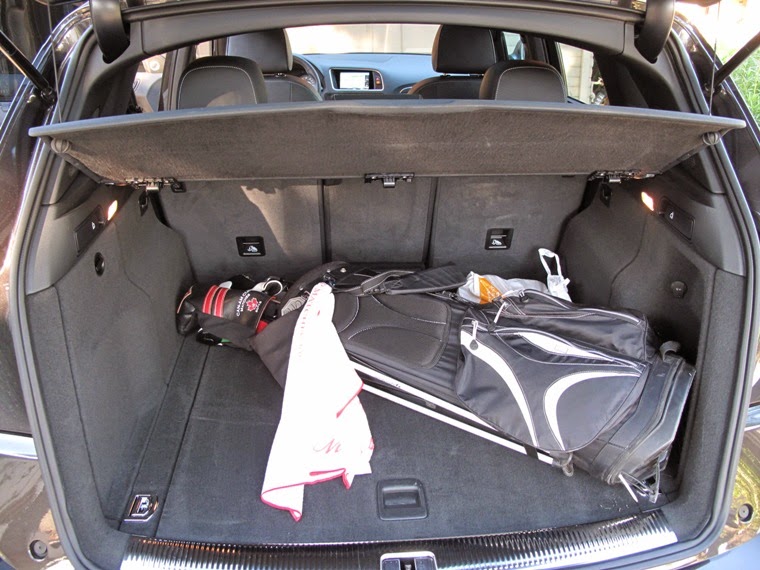 Sitting on a 110.5 inch wheelbase, the Audi SQ5 is 183 inches long with a height of 65.3 inches. Cornering and handling were confident and solid through the highway 60 mountains from Moreno Valley to Beaumont. More than enough power with superb quattro handling that Audi has deservedly been awarded for. Questions remain: If you want to pay under $40,000 for the base 220 horsepower 2.0 liter turbocharged four-cylinder engine without the bells and whistles of the SQ5, will you be satisfied? You will get better fuel economy. Do you really need or want all-wheel drive?

Definitely put the Q5 in the top cluster of your shopping list. After sorting through the jammed luxury midsize crossover/SUV market and realizing that you'll be spending a few years and thousands of miles behind the wheel, fork out a few extra bucks to make the right choice.
Posted by Rich Saxton at 11:47 AM