BMW i3 Commercial To Air In Super Bowl First Quarter 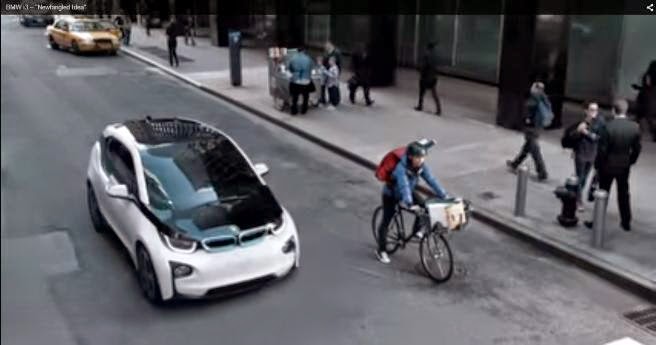 After a 4-year hiatus, BMW will be returning to the Super Bowl with a first quarter 60-second spot for the all-electric BMW i3 called “Newfangled Idea,” featuring Katie Couric and Bryant Gumbel flashing back to NBC's 1994 Today Show focusing on the  initial confusion surrounding “what is the internet?”. The BMW i3 spot marks the first time both Katie and Bryant have participated in national brand advertisement. The BMW i3 has a starting MSRP of $43,350 (Including $950 Destination and Handling), and the range-extender model has a starting MSRP of $47,200.
Posted by Rich Saxton at 7:47 PM