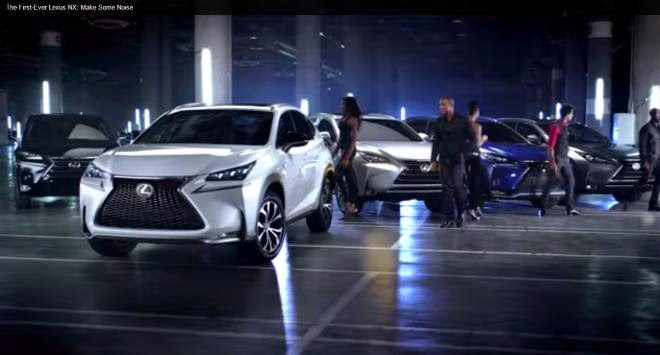 The Lexus NX Turbo and hybrid compact SUVs are featured in a 30 second commercial called “Make Some Noise”.

Toyota will have two ads during the big game with the spot entitled “How Great I Am” slated to appear in the first quarter of the Super Bowl broadcast featuring new 2015 Toyota Camry with Team Toyota athlete, Paralympic medalist and Dancing with the Stars finalist Amy Purdy along with Muhammad Ali's speech made before his historic “Rumble in the Jungle” bout with George Foreman in 1974. It's part of the “One Bold Choice Leads to Another” campaign for the new 2015 Toyota Camry.
Posted by Rich Saxton at 1:33 PM