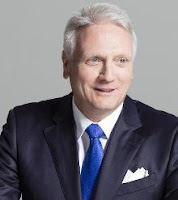 Prof. Dr. Winfried Vahland will take over responsibility for Volkswagen Group's newly formed North American Region combining the USA, Mexico and Canada, effective November 1st. Most recently, since 2010, he has been ŠKODA CEO. Vahland graduated from the Technical University Darmstadt with a major in Mechanical Engineering and Economics, and began his professional career with GM in 1984. He joined Audi AG in 1990 and Volkswagen AG in 1993. From 1997, he was Vice President for Volkswagen in Brazil. He was appointed Member of ŠKODA AUTO’s Board of Management in 2002, and became Vice Chairman one year later. In 2005, he assumed the position of President and CEO of Volkswagen Group in China.
Posted by Rich Saxton at 3:02 PM