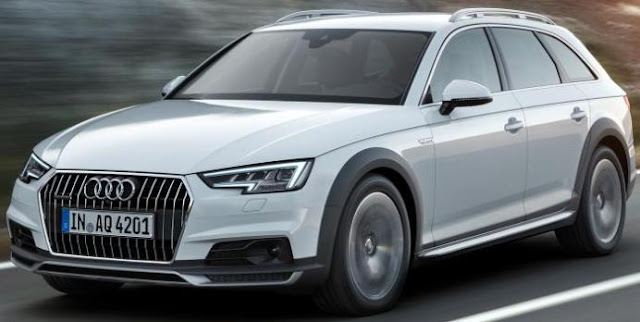 The new Audi A4 allroad quattro, in its second generation, is powered by TFSI and five TDI engines that produce between 150 horsepower and 272 horsepower, which is up to 27 horsepower more than the previous model and the engines are mated to a choice of a manual six-speed, new seven-speed S tronic or the redesigned eight-speed tiptronic transmission. The new Audi A4 allroad quattro is part of the Audi A4 family and was just introduced in Detroit at the North American International Auto Show and will arrive at dealerships in Germany and Europe this summer, and, presumably to the U.S. market at some point, likely with the 2.0 liter TFSI delivers 252 horsepower.
Posted by Rich Saxton at 9:55 AM