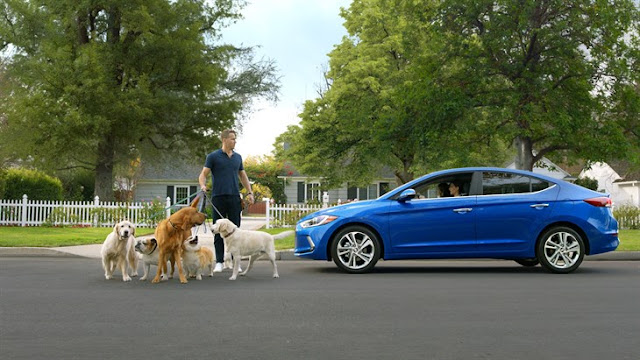 Hyundai, in its first year as an official NFL sponsor, will have four Super Bowl 50 commercials including “First Date,” a 60-second ad in the pre-kick time slot, “The Chase” and “Ryanville” - two 30-second ads during the game and, “Better” - a 60-second ad during the pre-game show. They feature actors Kevin Hart and Ryan Reynolds highlighting the safety, technology and convenience features of the all-new 2017 Elantra (above) and 2016 Genesis sedan.