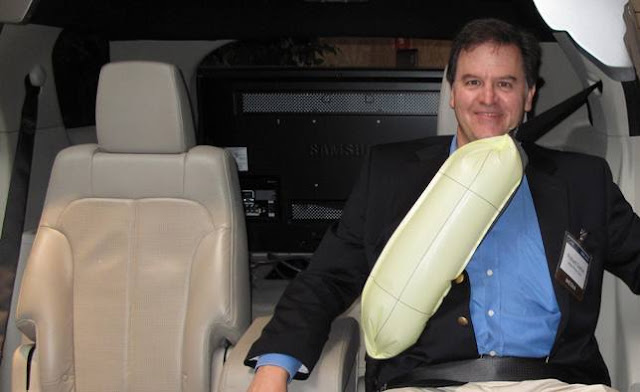 The new 2011 Ford Explorer will have optional inflatable second-row seat belts that are triggered with airbags in the event of a crash but only if the seatbelt is buckled up. A cold gas is channeled from a canister below the rear seat through the belt into the airbag (seen deployed above). As a opposed to an airbag which inflates at you, the seatbelt device inflates away from you.

It's an industry-first from Ford.
Posted by Rich Saxton at 9:16 AM