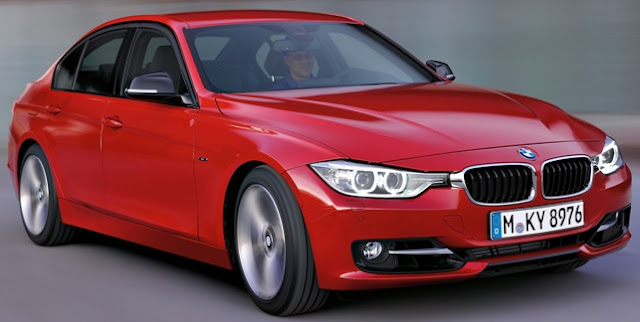 The sixth generation BMW 3 Series Sedan has grown in size compared to its predecessor measuring 1.46 inches wider in the front and 1.85 inches wider in the rear and 3.66 inches longer overall sitting on a 2 inch longer wheelbase of 110.6 inches. The BMW 3 Series has three trim levels or an M Sport Package: the Sport Line, Luxury Line and Modern Line and two engine choices which both feature new BMW TwinPower Turbo technology: a 300 horsepower 3.0 liter 6-cylinder engine powering the 335i or the new turbocharged 240 horsepower 2.0 liter 4-cylinder engine in the BMW 328i. Both mated to either the standard 6-speed manual transmission or 8-speed automatic transmission which includes the new Auto Start-Stop function.

The driver can choose Comfort, Sport, Sport + and ECO PRO modes to maximize fuel economy through their driving style. Other available features include: the latest-generation full-color Head-Up Display,  Surround View with Side View and Top View, Parking Assistant to help the driver to parallel park, an Active Blind Spot Detection System and Lane Departure Warning System with camera-based Collision Warning system. The sports sedan is equipped as standard with front and side airbags for the driver and front passenger, plus head airbags for both rows of seats. 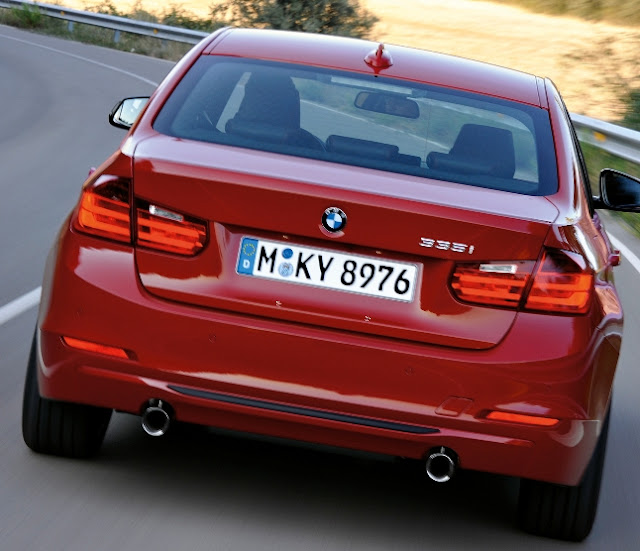 The sixth generation BMW 3 Series rear-wheel-drive sedan arrives in US showrooms in February 2012 as a 2012 model. The BMW 335i xDrive and BMW 328i xDrive, all-wheel-drive models will go on sale in summer 2012. In the Fall of 2012, the BMW 3 Series ActiveHybrid 3 joins the fleet with the combination of the 300 horsepower inline 6-cylinder engine with BMW TwinPower Turbo technology and a hybrid-specific eight-speed automatic transmission with integrated electric motor which for limited periods can increase power by up to 55 horsepower. Maximum combined output is 335 horsepower.
Posted by Rich Saxton at 6:55 AM