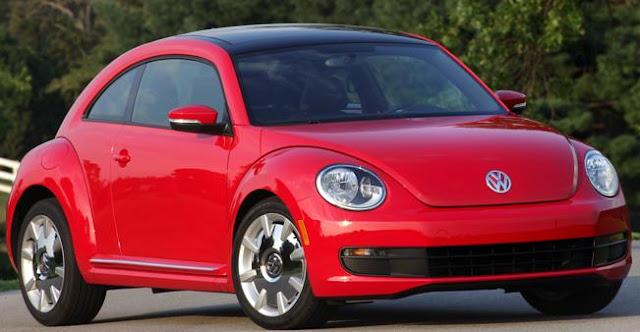 The all-new 2012 Volkswagen Beetle arrived for 276 lucky fans of “The Oprah Winfrey Show,” who learned they were receiving cars on November 22, 2010 during one of the show’s two “Ultimate Favorite Things” giveaways last year. They take home the all-new 2.5L 6-speed automatic Beetle in Denim Blue, Reflex Silver Metallic, Saturn Yellow or Tornado Red.

Redesigned for the second time in history, the all-new Beetle is lower, wider and longer with optional Bluetooth® technology, iPod® connectivity and the Fender® Premium Audio System. The 2012 Beetle vehicles are available now with the 2.5L five cylinder engine, which has a starting MSRP of $18,995, and the 2.0L TSI® Turbo engine with a starting MSRP of $23,395. The 2012 Volkswagen Beetle also went on sale today.
Posted by Rich Saxton at 9:30 PM