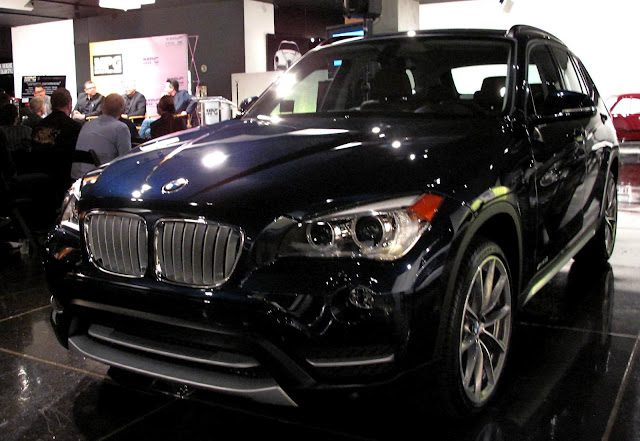 All models feature Brake Energy Regeneration while the X1 sDrive28i and xDrive28i models also have Auto Start/Stop and ECO PRO mode to further reduce fuel consumption. BMW xLine, BMW Sport Line and M Sport Package are offered as an alternative to the base trim level. On the tech front, there's Apple iPhone and other smartphones integration as well as music players, including the use of Internet-based services. The Apps option enables iPhone users, among other things, to receive Internet radio stations and to display Facebook and Twitter posts on the onboard monitor. With BMW Apps, iPhone users can access and listen to music streaming services like Pandora and MOG. Other available packages include the Cold Weather Package, Lighting Package and Premium Package. The Driver Assistance Package, Premium Package and Technology Package may be order together as the Ultimate Package. The rear seatback can be split 40:20:40, with the three sections folding down individually or jointly according to need and can be adjusted in ten stages so two 46-inch golf bags can be stowed widthways or, after folding down the central section of the seatback, lengthwise. The through-loading aperture between the outer rear seats can also be used for two snowboards or four pairs of skis. Can't wait!
Posted by Rich Saxton at 11:38 AM