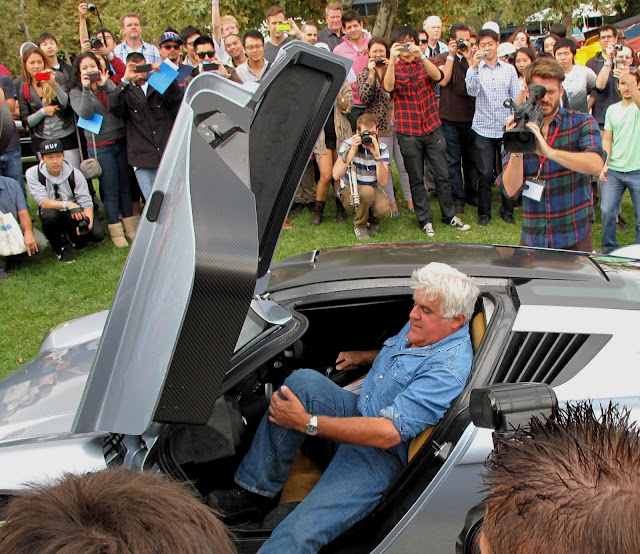 Jay Leno arrived at a car event in Pasedena in his 650 horsepower Honeywell LT-101 turbine engine Ecojet car which is made from a modified Corvette Z06 hydroformed aluminum frame that was first unveiled at the 2006 SEMA Show in Las Vegas. The loud Ecojet that spews jet fumes is constructed from carbon fiber over Kevlar and is not that easy to exit as Jay showed us today. 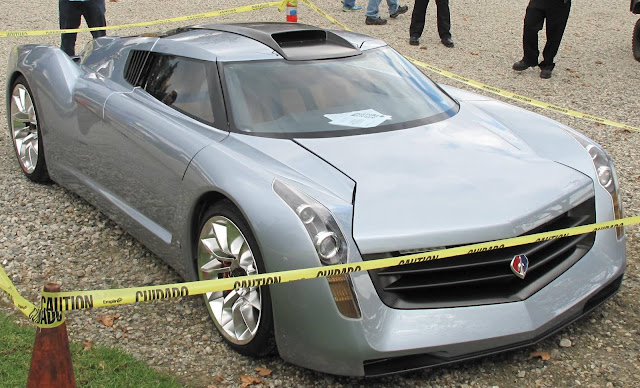