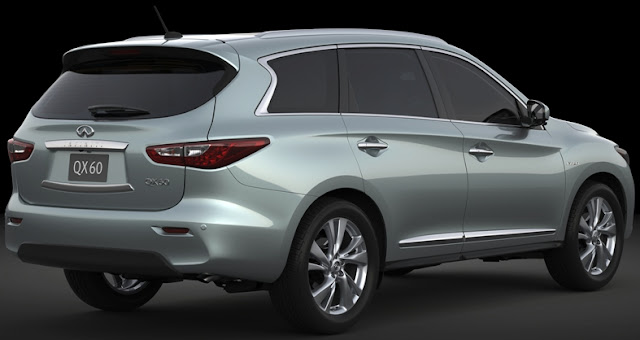 The new 2014 Infiniti QX60 Hybrid utilizes a supercharged 2.5-liter inline 4-cylinder and an electric motor powered by a compact Lithium-ion battery pack located under the 3rd row seat with an estimated net system 250 horsepower that is projected to get acombined city/highway 26 miles per gallon, a 24 percent increase over standard QX60 models. The Infiniti QX60 Hybrid is projected to be priced about $3,000 above the 3.5-liter V6 equipped models.

Both vehicles are set to go on sale at Infiniti retailers in the United States later this summer.
Posted by Rich Saxton at 12:56 PM