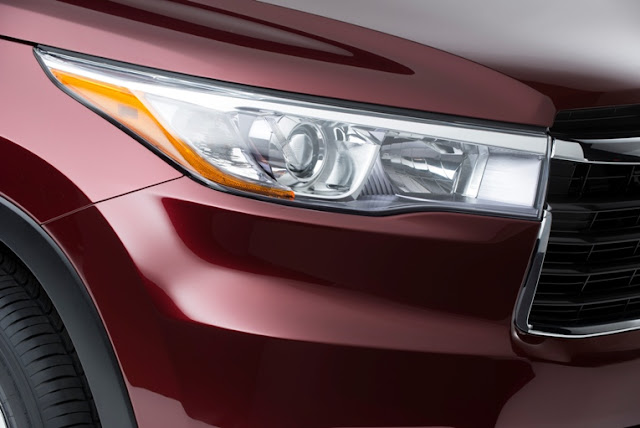 The all-new 2014 Toyota Highlander mid-size SUV will makes its world debut at the New York Auto Show next week. The Highlander was launched in the 2001 model year with the larger second generation version arriving in 2007 which coincidentally saw a sales decline, either because of its bigger size or more likely due to the "end of the  world" recession that hit. The latest RAV4 lost its exposed rear spare tire so let's see if the third generation Highlander sheds a little size for those who loved the smaller first generation version. My brother loves his first generation model Highlander hybrid. It's a vehicle that has been high on my list so I'm hoping the all-new is all-right.
Posted by Rich Saxton at 10:12 AM