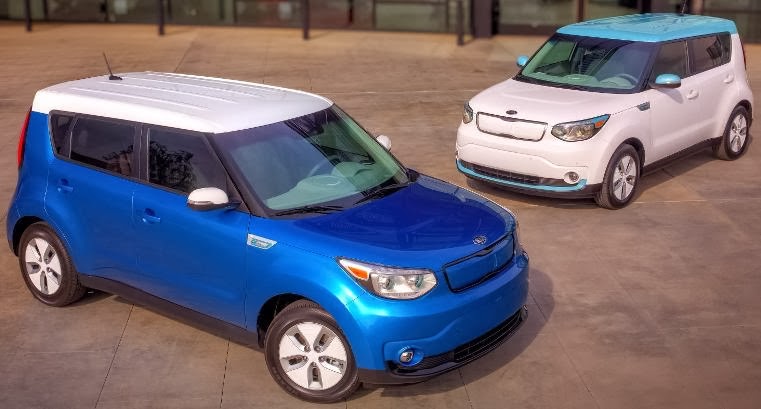 The 2015 Kia Soul EV, scheduled to go on sale in the third quarter of 2014, utilizing a highly energy-dense 27kWh, air-cooled, 200 watt-hour/kg 360 volt 96-cell lithium-ion polymer battery is expected to yield a range of approximately 80-100 miles of real-world driving on a full charge, with internal testing and evaluation results exceeding 100 miles in some instances. Recharging times vary from 24 hours for a fully depleted battery using a standard 120-volt outlet and under five hours when plugged into a 240-volt outlet.  An 80-percent charge can be achieved in as little as 33 minutes with a 50 kW-output charger. The Soul EV, Kia’s first all-electric, zero-emissions car sold in the U.S., will initially be sold in California and Oregon in the West and several Eastern states including New York, New Jersey and Maryland, the regions with the largest EV markets and infrastructure.
Posted by Rich Saxton at 1:18 PM