The J.D. Power 2014 U.S. Vehicle Dependability Study, for 2011 model vehicles over 3 years has Lexus on top for the 3rd year in a row. The study finds that overall vehicle dependability averages 133 PP100, a 6 percent increase in problems from 126 PP100 in 2013, the first time since the 1998 study that the average number of problems has increased. According to the study, engine and transmission problems increased by nearly 6 PP100 year over year, accounting for the majority of the overall 7 PP100 increase in reported problems, with 4-cylinder engines taking most of the complaints. The J.D. Power 2014 U.S. Avoider Study shows that consumers are much more likely to avoid vehicles from brands that rank lower in dependability. 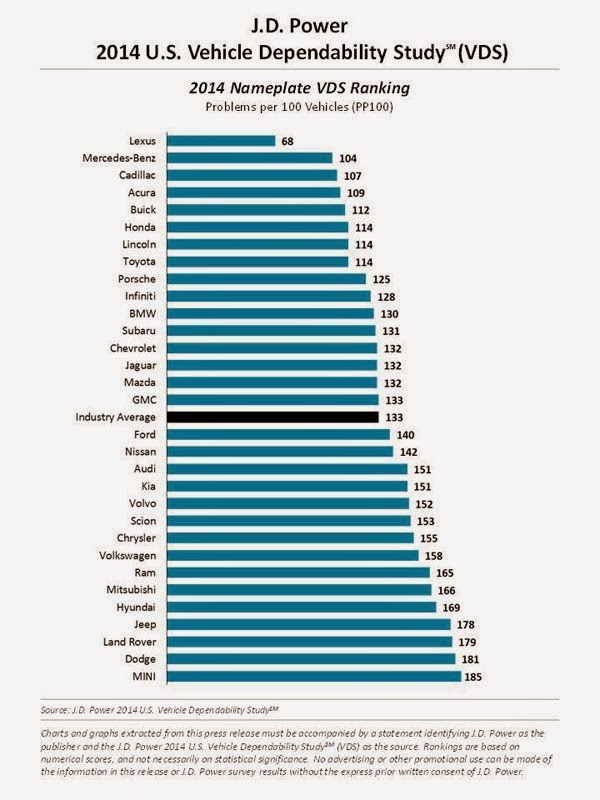 The 2014 Vehicle Dependability Study, fielded between October and December 2013, is based on responses from more than 41,000 original owners of 2011 model-year vehicles after three years of ownership.
Posted by Rich Saxton at 2:51 AM