Twenty-one of 24 cars and SUVs, all 2014 models, earn an advanced or higher rating in the latest round of IIHS evaluations. The Insurance Institute for Highway Safety's (IIHS) initial batch of front crash prevention ratings covered 74 midsize cars and SUVs and rates vehicles as basic, advanced or superior for front crash prevention depending on whether they offer autobrake and, if so, how effective it is in tests at 12 and 25 mph. 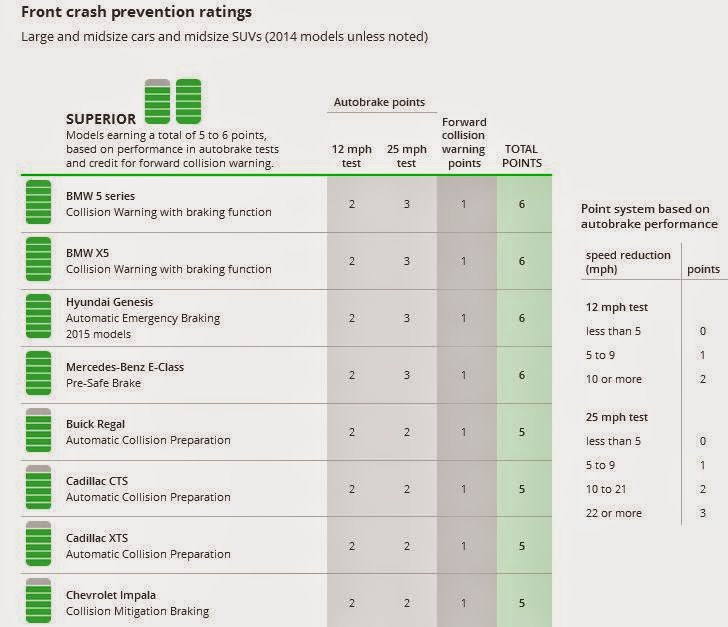 Among the eight superior-rated cars are the Buick Regal, Cadillac CTS, Cadillac XTS and Chevrolet Impala when equipped with GM's forward collision warning and autobrake system and join the superior-rated Cadillac ATS and SRX, which were included in the first round of tests in 2013 .
Posted by Rich Saxton at 10:37 PM