Technology issues have increased complaints by new car owners over last year according to the J.D. Power 2014 U.S. Initial Quality Study. The study, now in its 28th year, examines problems experienced by vehicle owners during the first 90 days of ownership. Initial quality is determined by the number of problems experienced per 100 vehicles (PP100), with a lower score reflecting higher quality.

Porsche ranks highest in the IQS for a second consecutive year, followed by Jaguar, Lexus and Hyundai (see table). 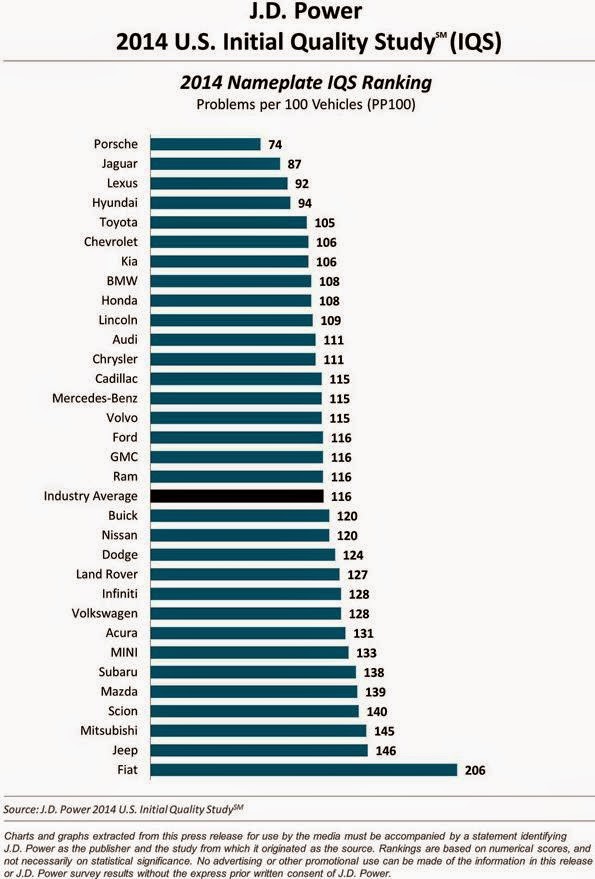 Courtesy JD Power & Associates
Posted by Rich Saxton at 10:33 AM