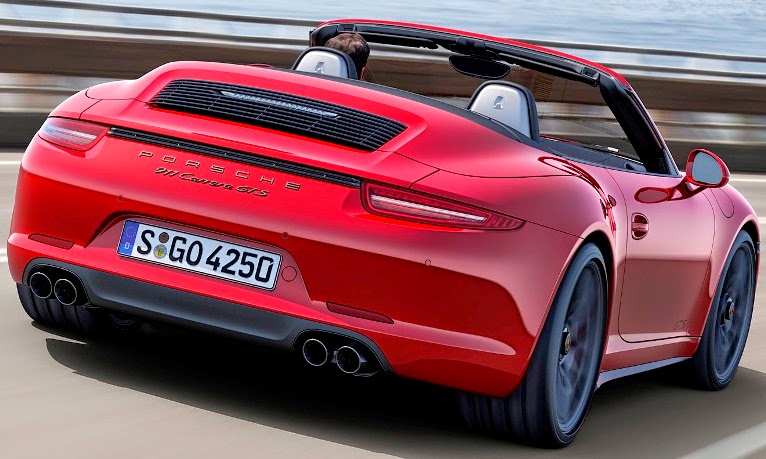 The 911 Carrera GTS sprints from zero to 60 miles per hour in 3.8 seconds (Cabriolet: 4.0 seconds) with top track speeds for the GTS models ranging from 187 to 190 miles per hour, depending on drivetrain and transmission. Standard equipment includes Bi-Xenon™ headlights with the Porsche Dynamic Light System and the Sport exhaust system. The Alcantara® interior features leather-trimmed sport seats with center panels made of made of Alcantara®. Also standard are 20-inch center lock wheels, painted in gloss black.
Posted by Rich Saxton at 11:35 PM