It's a great looking vehicle and the drive matched the looks. The 2015 Acura RDX AWD with the technology package starts at $41,090 (MSRP including $895 destination charge) and is the top of four RDX choices - the trim level that I test drove. The front wheel drive RDX starts at $35,990 with a sliding sunroof as standard. AWD adds $1,400 and the technology package $3,700.

The biggest surprise was the 25.3 highway mpg from a 273 horsepower V6 engine with the air conditioning running generously. (286 actual miles on 11.3 gallons) The published highway mpg is 27 and obviously varies with driving behavior. The highway passing power at high speeds was excellent.

The technology package has a long list of features from a satellite communication system with voice recognition navigation and rearview camera to an amazing premium audio system with 410-watt amplifier feeding 10 speakers. The standard 360-watt amplifier with 7 speakers should be more than sufficient. 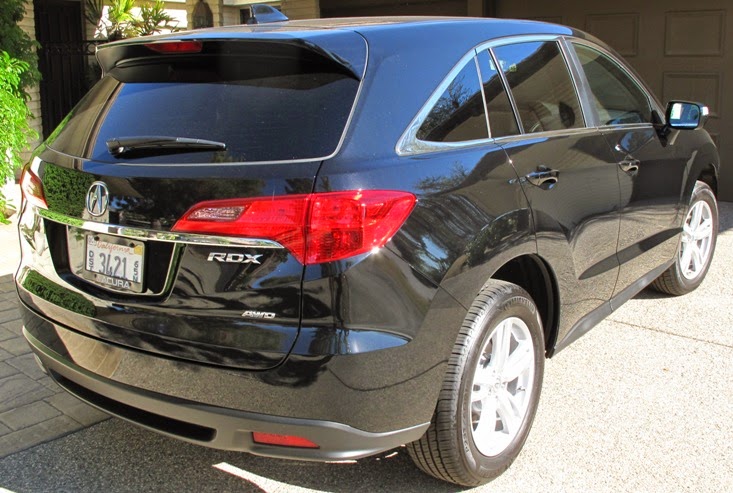 My wife always asks "what's the safety ranking?", and the Acura RDX with its side airbags, front and rear head curtain airbags and front seat-mounted torso airbags gets top crash worthiness rankings from the Institute For Highway Safety.

The ride fit my taste, not too stiff or truck-like and not too soft that would induce motion sickness. The instrument cluster is intuitive to use without much tutoring needed and ergonomically laid out within reach. The voice recognition proved a little accuracy challenged, had problems getting my numbers correctly. The second row of seats fall easily to expand cargo space, in fact, there are levers in the inside rear on either side for quickly collapsing the seats. 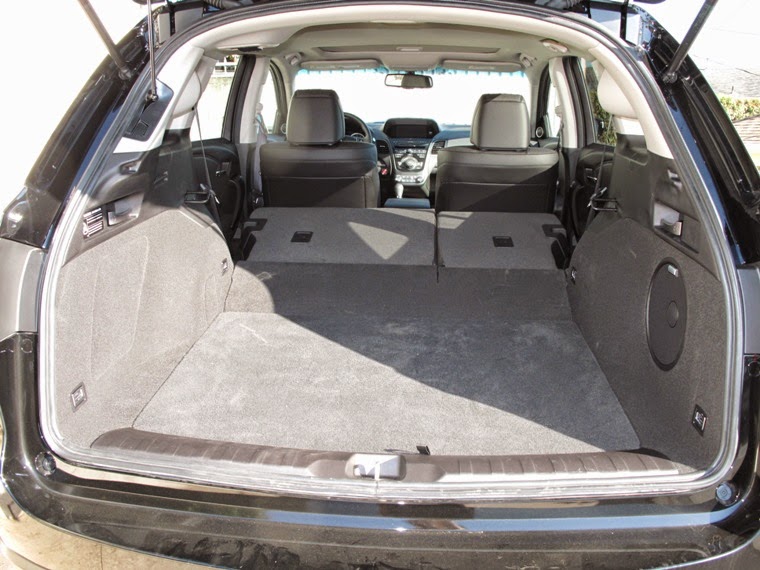 For those wanting to "sit higher above the traffic", my jumbo SUV eye level is about five inches above my RDX sight line, not as significant as I would have thought. Syncing my Blackberry Z10 smartphone to the RDX's handsfree system was quick and easy but must be done while the vehicle is stopped. Steering wheel controls for the radio and information features work well. The back seat roominess was also impressive and with the seats down there's plenty of cargo space.

The new RDX body style and powertrain that was introduced in 2013 still stands out. RDX sales this year through September are at 33,539, down just 1.3 percent compared to the first nine months of last year. The larger, pricier Acura MDX, with sales of 34,803, up 38.8 percent,  might be taking some RDX buyers who prefer a third row option. The best-selling compact SUV Honda CR-V which has sales of 241,015 in nine months this year and getting frequent updates could also be attracting a few RDX shoppers.

An Acura RDX out-the-door for under $40,000 is a great value purchase - you're getting a lot more than just good looks. The Acura RDX is definitely on my buy list.
Posted by Rich Saxton at 4:06 PM