Kia has jumped into a pro golf tournament sponsorship when many car companies have pulled out. On February 10th, just a month ago, Kia announced that it's sponsoring an LPGA tournament which tees off for the pros on March 25th at the famed LaCosta Resort & Spa in North County San Diego where the Tournament of Champions was held for 30 years, including an Infiniti sponsorship for a few years, and more recently LaCosta hosted the World Golf Championship men's match play events until 2006. At the same time, Kia announced it has signed LPGA golfer Michelle Wie to promote the brand.

Until the announcement by Kia, Honda and BMW were the only only car companies with lead sponsorship of a U.S. pro golf tournament with the PGA Honda Classic, played last week in Palm Beach Gardens, Florida, the Honda PTT LPGA Thailand and BMW's Charity Pro-Am on the Nationwide Tour. BMW sponsors three tournaments and Volvo one on the European PGA tour.

Over the years golf has been an important marketing venue for car companies. Buick  was lead sponsor on four annual PGA tournaments until last year's General Motors' bankruptcy. Both Infiniti and Mercedes sponsored the event that hosted the previous year's PGA winners and in Los Angeles, Nissan sponsored the PGA event at Riviera Country Club for 21 years, until 2007. In the1980's, even Isuzu, a now-defunct U.S. brand, sponsored the San Diego Open.

The Kia sponsorship comes at a perfect time after their best February sales month ever with new products doing well and it's a good fit. Kia, headquartered in Korea, is sponsoring an event on the LPGA Tour, dominated by Korean players. Globally, Kia's sports sponsorships cover soccer, tennis, basketball and now golf at the highest professional levels. 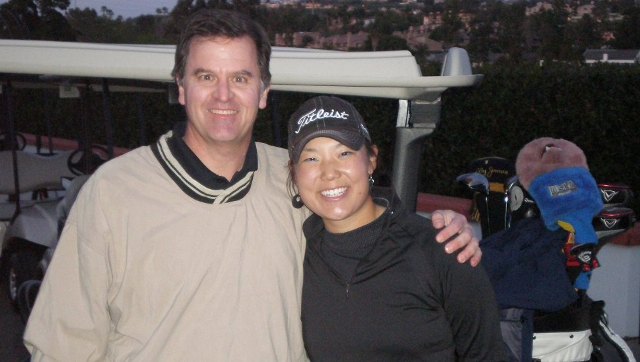 UCLA alums will be happy to hear that recent grad and four-year Bruin Varsity team golfer, Tiffany Joh, received a sponsor's exemption to play in the Kia Classic which has a total purse of $1.7 million. This will be Tiffany's third LPGA event, first as a pro after graduating last June. She's a great golfer with a wonderful personality and lots of fun to play with - I enjoyed every minute of my 18 holes with her on Tuesday. Go Tiffany!