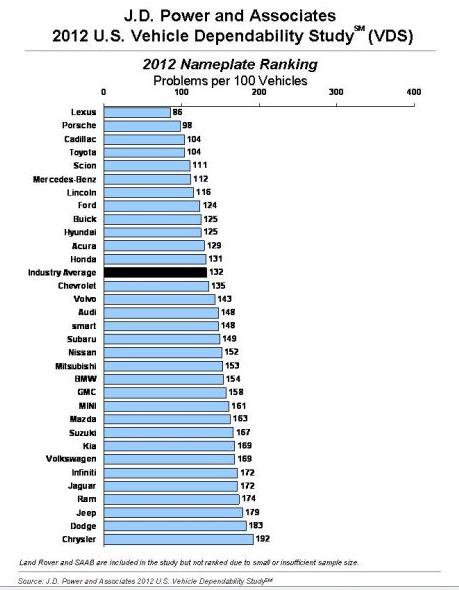 Toyota gets eight segment awards more than any other automaker in 2012 and Ford receives three. The Hyundai Genesis also receives an award. Although there are no awards in their respective segments due to an insufficient number of award-eligible models, or insufficient market share of award-eligible models in the segment, these models also perform particularly well: Ford Mustang, GMC Yukon and Porsche 911.

The 2012 Vehicle Dependability Study is based on responses from more than 31,000 original owners of 2009 model-year vehicles after three years of ownership. The study was fielded between October and December 2011.

Courtesy of J.D. Power and Associates
Posted by Rich Saxton at 7:34 AM